The publication of data on Chinese business activity in the manufacturing sector pushed the USD/JPY quotes to a 6-month high. The index of purchasing managers grew at the fastest pace in three years in November and also rose above a critical mark of 50 for the first time since April. It seems that the economy of China has begun to stabilize, which gives hope for a bright future for global GDP and puts pressure on safe haven assets. The yen missed out on second or third place in the race of the best performers with the British pound and the US dollar, although at the end of the summer it was ready to argue with the loonie for leadership. That is why Forex is interesting: everything is constantly changing on it.

When the USD/JPY quotes were below 106-107, rumors about the need to expand the monetary stimulus did not stop going on the market. Now Haruhiko Kuroda is certain that there is no need for it. This is in conditions of the worst dynamics of industrial production over the past 5.5 years in October! Obviously, in the current situation of negative interest rates, easing monetary policy is frowned upon. The magnitude of the side effects outweighs the positive, so the Bank of Japan’s position is clear. The government should take the initiative, and I must say that over the past month, expectations of the fiscal stimulus have risen from £5 trillion to £20 trillion. Only half of them are associated with an increase in government spending, the second half is an additional budget. Nevertheless, if the forecasts come true, this will be the largest stimulation of the Japanese economy since 2012. Inadmissible luxury for a country whose public debt more than doubles GDP. 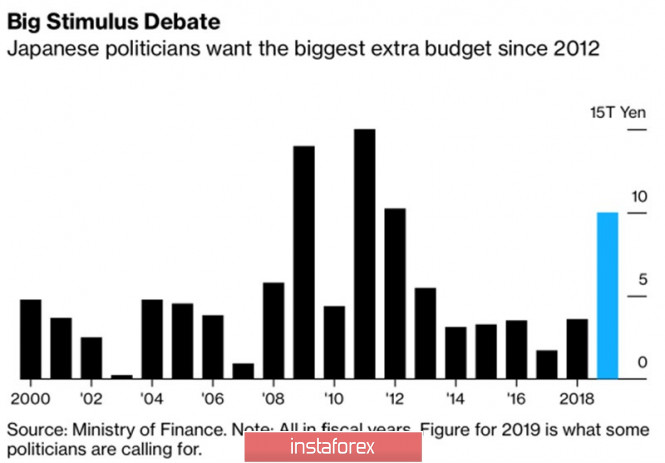 However, investors are more interested in the question of how long the USD/JPY rally will last. Releases on business activity and the US labor market, as well as the dynamics of US stock indices will be able to help provide answers. In January-November, the S&P 500 grew by 25% due to the weakening of the Federal Reserve’s monetary policy, steadily high GDP growth rates and progress in Washington-Beijing trade negotiations. At the same time, the eight largest banks in the Wall Street Journal survey predicted that the figure would rise by a modest 3% in 2020, as interest in the assets of other countries amid the recovery of the economies of China and the eurozone would be higher than the shares issued in the United States.

Bloomberg experts expect growth of employment outside the agricultural sector by 180 thousand in November, but the Fed will not raise the rate if it is higher by 500 thousand. Inflation is a key indicator for the US central bank, and its remoteness from the target of 2% makes the chances of monetary expansion higher than restriction. I do not expect a significant increase in risk appetite even if an agreement is signed between Washington and Beijing. The principle of “buy by rumor, sell by facts” could work out, which makes the potential of the USD/JPY rally limited.

Technically, the pair confidently heads towards the target by 224% according to 5-0 and AB = CD patterns. As well as the important pivot levels, it is located near the 111 mark.