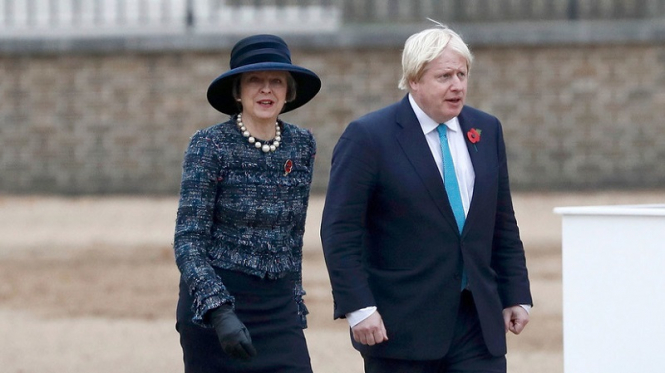 Theresa May will sooner or later leave her Prime Minister’s chair, and this is already perceived as a fact. The interest now is something else: when will this happen and who will replace May.

As is known, the current British Prime Minister has extended her time until the beginning of June. Another parliamentary vote on Brexit is scheduled for this period. The government expects to approve the deal and withdraw from the EU before the end of July. However, there is no certainty that an agreement three times rejected by Parliament will be adopted this time. It is rumored that May will resign before the expected time, and regardless of whether the vote on the Brexit bill passes in the first week of June or not.

Now, one thing is very clear – this summer, the elections of the leader will be held. Ex-foreign minister and member of the Conservative Party, Boris Johnson, has already confirmed that he is in action.

It should be noted that the Labor Party stopped negotiations with the Theresa May government since they no longer have incentives and reasons for meetings. Jeremy Corbyn said that the parties discussed everything that could be discussed. Besides, May is now mostly bankrupt for them.

This topic has made the British pound the main outsider this week. In five days, the loss was 1.6%. The strongest decline in sterling was recorded on Thursday when the GBP/USD pair fell to the lowest level in three months. On Friday, the downward movement continued – the pound passed the four-month milestone.

Investors are upset by the events surrounding Brexit, as well as the aggravation of the trade conflict between the US and China. Both of these factors are equally detrimental to the national currency of Great Britain.

China and the USA

Tensions between the two largest economies in the world increased after the White House virtually blocked Huawei and other Chinese companies from accessing the US market. In response, Beijing promised countermeasures and recalled that it would never make concessions on important issues of principle.

Representatives of Huawei, in turn, said that US restrictions would lead the country to stay outside of 5G and that they would interact with the US government regarding product safety. They also announced their desire to maintain “close relations” with European countries and carriers.

Donald Trump urged colleagues from Europe to follow the path of America – to ban Huawei in their markets, but they have not done it yet. I must say that Beijing and Washington are already moving on thin ice, and the situation with Huawei – if it increases significantly – can become a turning point that will lead to the collapse. Even if this does not happen, the tension will still increase, as the fire seems to have flared up.

So, unexpectedly tough rhetoric was chosen by the state media of China, commenting on the course of trade negotiations. The WeChat blog on behalf of the Taoran Notes account, owned by the state publication Economic Daily, said that it was meaningless for Chinese officials to meet with the US delegations without their sincere desire to sign a trade agreement.

← EUR/USD. May 17. Results of the day. Inflation in the eurozone is not interested in foreign exchange market participants
EUR/USD: Chinese trick, Italian populism, and British failure →