From technical analysis, we see an amazing picture. Another attempt to break the psychological level of 1.1000 was recorded last Friday, where the quote on the background of momentum rushed down, reaching the shadow mark of 1.0981, but remaining within the control level. That is, the breakdown did not happen, although the attempt this time was perfect – we will analyze it in detail. We will start with the fact that almost all last week, the quote built a narrow amplitude along with the psychological level, where extremely low volatility indicators were recorded – 18 points. Repeated convergence with the control level, paired with the strengthening of the first recovery level of 1.1080 signaled that the breakdown attempt has come and at this stage, traders have moved to thorough monitoring of price-fixing points relative to the value of 1.1090. So the time has come “X”, a sharp increase in the downward direction and a fixation point of 1.0992, that is, the breakdown is not counted again. It turns out that the psychological level still holds the quote and its subsequent return to the limits of the previously formed accumulation is proof of this. At this stage, the question is brewing whether there will be a transition to the third stage of recovery concerning an elongated correction. While there is no reason to say that there will be no further recovery, we are still within the level of 1.1000 and the control values of 1.0990/1.1035 are not touched, thus the work on tactics is still underway.

In terms of volatility, the acceleration was 47 points, slightly above average. In turn, the emotional component of market participants for a moment out of the phase of chatter, but almost as quickly returned to this phase.

Analyzing the hourly Friday day, we see that one of the Doji candlesticks led to a surge in short positions in the period 13:00-15:00, but already in the period 16:00-17: 00 there was a local jump, bringing everything back. (trading terminal time)

As discussed in the previous review, traders for the fifth day in a row worked all by the same method: fixing the price relative to the coordinates of 1.0990 (sell) and 1.1030 (buy). As we can see from the result, the values were not confirmed, thus there were no open transactions.

Looking at the trading chart in general terms (daily period), we see steady preservation of quotes in the second stage of recovery, where the process of oblong correction has moved to the ninth week of formation. In turn, the recovery process lasts for at least six weeks in a row.

Friday’s news background included data on inflation in Europe, which recorded an acceleration from 0.7% to 1.0%, which was even better than expectations of 0.9 %. At the same time, there was data on the number of unemployed in Germany, but everything is good there, a reduction of 16 thousand.

How the single currency reacted to all this is mystically impossible. Probably, there is a different factor, otherwise, after such stagnation, and even with such good statistics, the euro would fly up, and not standstill.

So, one of the factors of deterrence may be the background of US-Chinese relations, which have overlapped and put pressure on market participants. So, after Donald Trump signed two laws aimed at supporting protesters in Hong Kong, everyone was worried about Beijing’s response and the fate of trade negotiations. The unrest was not in vain, after a pause, China did respond to sanctions against several US non-governmental organizations, including Human Rights Watch, Chinese Foreign Ministry spokeswoman Hua Chunying said at a briefing on Monday.

“Recently, the United States passed the Law on the Protection of Human Rights and Democracy in Hong Kong, ignoring China’s protest, this was a serious violation of international law and basic norms of international relations, as well as interference in China’s internal affairs. Beijing expressed its strong protest in this regard. In response, China decided to impose sanctions on several US non-governmental organizations, including NDI, HRW, Freedom House,” the diplomat said.

Beijing is also suspending the consideration of American requests for visits to Hong Kong by warships and aircraft, which further aggravates the already unstable situation in the negotiations.

Now, we understand the reason for such a strong caution of the market, it was due and probably this is not the end. 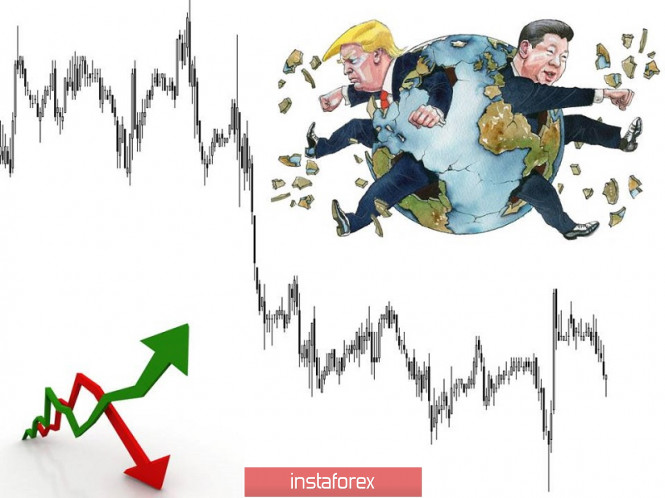 Today, in terms of the economic calendar, we had data on the index of business activity in the manufacturing sector of the eurozone, where expectations were confirmed and we saw an increase from 45.9 to 46.9. In the afternoon, similar PMI data will be released, but for the United States, where growth is expected from 51.3 to 52.2.

Analyzing the current trading chart, we see that after the price shake-up, nothing drastic happened, the movement of the quote also occurs between the two control values of 1.0990 and 1.1035, and the stumbling block is the step #2, in the face of the psychological level of 1.1000. That is, the effect of accumulation is still preserved, which can still result in jumps quotes in the event of a breakdown of one of the values. In terms of volatility, there are no sharp jumps yet, but a kind of speculative mood is present, which can push volatility to a characteristic acceleration.

Detailing every minute the available portion of time, we see that before the Europeans entered the market, we had consolidation in the framework of 1.1014/1.1023, where after that there was a breakthrough of the lower frame and as a fact another move to the psychological level.

In turn, traders continue to monitor the price-fixing points relative to the values of 1.0990/1.1030, not having at this time of transactions.

It is likely to assume that the quote will still be able to determine the direction and build a full-fledged move, and not a bolt within the control level. I think being out of the market is the best tactic, since fixing the price relative to one of the values 1.0990 (Sell) and 1.1030 (Buy) will lead to a full course, where we will get the greatest profit. 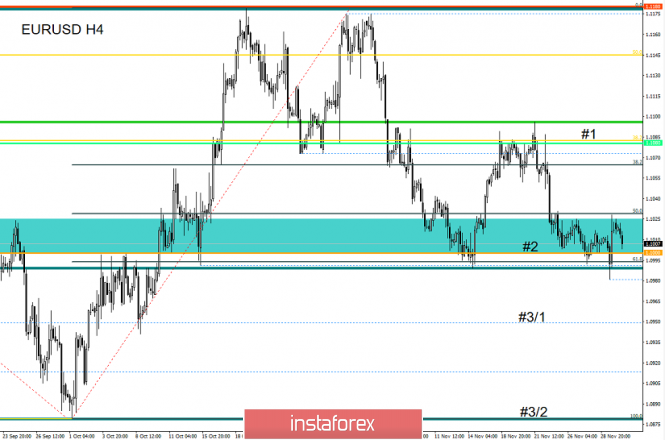 Analyzing different sector timeframes (TF), we see that the indicators continue to fluctuate variables relative to the existing accumulation. Thus, short-term and intraday indicators are variables, and medium-term indicators are the main ones. 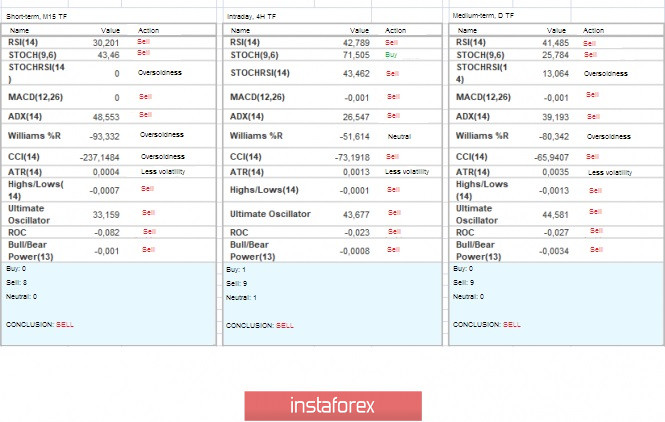 The volatility for the week / Measurement of volatility: Month; Quarter; Year.

Volatility measurement reflects the average daily fluctuation, with the calculation for the Month / Quarter / Year.

The volatility of the current time is 22 points, which is not bad, but in the case of a breakdown of one of the control values, we will see an acceleration exceeding the average. At the same time, if accumulation continues, volatility will focus below the average. 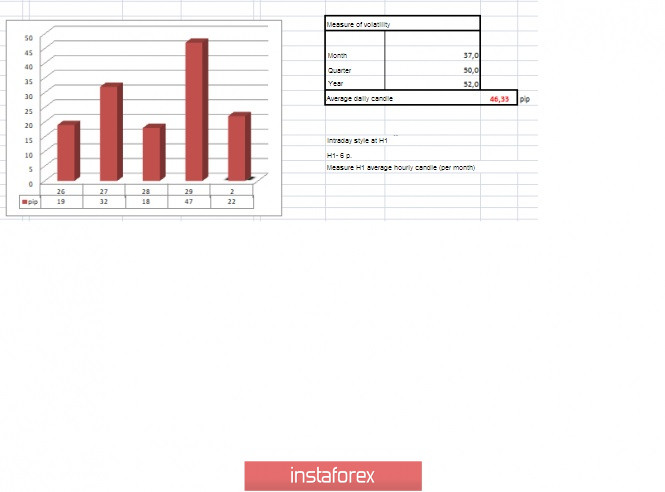 ***** The article is based on the principle of conducting transactions, with daily adjustments.