Over the last trading day, the euro/dollar currency pair showed volatility just below the daily average of 54 points, but this was enough to meet the expectations of traders. From technical analysis, everything is fine. The three-day sideways movement of 1.0960/1.0990 (1.1000) was still broken, locally descending to the first predicted point of 1.0940, which reflects the minimum pullback on October 3. Analyzing the trading day in detail, we see that the local surge occurred at the time interval of 15:00-18:00 (time on the trading terminal), after which the rollback process came.

As discussed in the previous review, traders did not do anything for several days, except for a thorough analysis of quotes relative to the borders of 1.0960/1.0990 (1.1000). The goal was only one – to identify the stretch of a particular border, which traders received as a result, along with a piece of the profit.

Looking at the trading chart in general terms (the daily period), we see that the correction phase has not gone away and we are still within it. In turn, the psychological level of 1.1000 continues to play the role of resistance, giving hope to traders that it will play a major role in restoring the global course.

The news background of the past day contained data on producer prices in the United States, where they did not expect confirmation of the data, but as a result, they got a slowdown from 1.8% to 1.4% (y/y). This news turned out to be a kind of deterrent from a further decline (EURUSD), and we saw the same initial pullback.

We move further and we see that the information background did not stand still, it was the main impetus for the last decline in the market. German Chancellor Angela Merkel during a telephone conversation with the British Prime Minister said that a Brexit deal is possible only if Northern Ireland remains in the EU customs union. The British proposals for the deal ended unsuccessfully, and you should not expect any miracle. In turn, the head of the European Council, Donald Tusk, reminded Johnson that negotiating an exit – not a stupid game of accusation.

“@BorisJohnson, what’s at stake is not winning some stupid blame game. At stake is the future of Europe and the UK as well as the security and interests of our people. You don’t want a deal, you don’t want an extension, you don’t want to revoke, quo vadis?”, Donald Tusk wrote on his twitter @eucopresident

Tuesday was a very busy day in terms of incoming information. Yesterday, there was a meeting between the President of the European Parliament (EP) David Sassoli and British Prime Minister Boris Johnson, during which the EP President did not hear any proposals that could advance the Brexit process. As for the postponement, Sassoli said the European Parliament is open to the possibility if there is a good reason or purpose for it. But the request for a delay must be from the UK.

As a result of the information received, the EURUSD pair locally stepped down, implementing our previously set forecast. 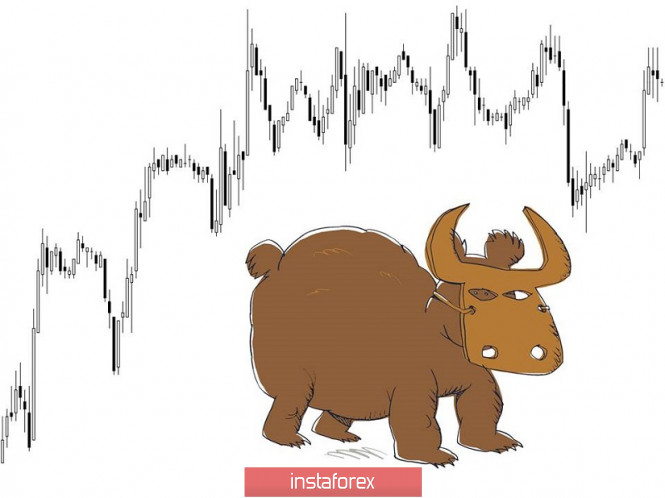 Today, in terms of the economic calendar, we have data on open vacancies in the United States labor market (JOLTS), which are expected to be reduced from 7.217M to 7.191M. The main event is the publication of the text of the minutes of the meeting of the Federal Committee on Open Market Operations, as the contents of the protocol carry valuable information regarding further actions of the regulator. It’s only worth considering that even earlier at a press conference, Jerome Powell already stated that the regulator does not observe any signs of a recession, thereby the protocol will to a greater extent reflect what we already have.

Analyzing the current trading chart, we see a characteristic surge in prices, returning the quotation to the limits previously reached (1.0960/1.0990/1.1000), having as a fact a perfectly accurate touch of the border of 1.0990 (1.1000). The reason for the surge is not yet clear, media sources and insider are silent. If we analyze the fluctuation minute by minute, we will see that the surge came in the morning period 9:25-11:25 (time on the trading terminal), after which it stopped.

In turn, traders were probably in the phase of fixing previously received profits, waiting for the breakdown of the mark of 1.0940. I do not exclude that speculators locally managed to enter the position just at the stage of the primary pullback, but already left long positions at the moment of approaching 1.0990 (1.1000).

It is likely to assume that now we are waiting for a temporary stop in the range of 1.0976/1.0990, where already near the time of publication of the Fed minutes, a reverse surge in the price is possible. The alternative development scenario looks like a continuation of the course within the flat 1.0960/1.0990 (1.1000). 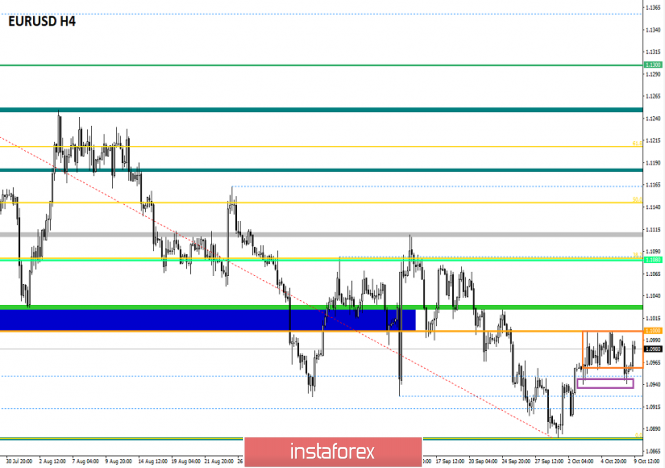 Analyzing different sector timeframes (TF), we see that the indicators signal a multidirectional interest relative to all major periods. So, the short-term interval signals sales, the intraday interval took an upward position due to the recent surge. The medium-term Outlook has moved into a neutral phase. 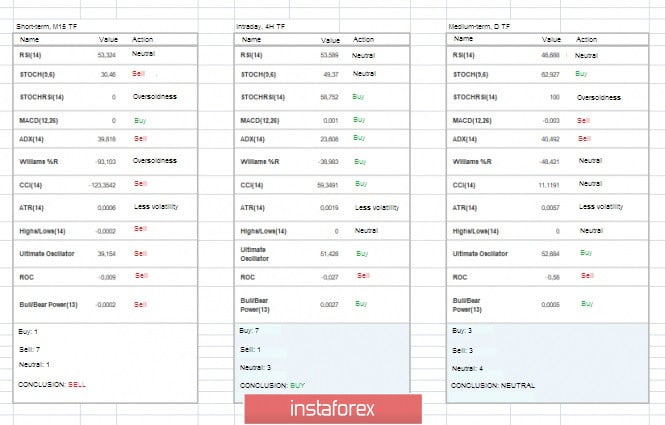 The volatility of the current time is 37 points, which is the average for this period. It is likely to assume that in the case of another hang in the amplitude of 1.0960/1.0990 (1.1000), volatility will be squeezed into the daily average. 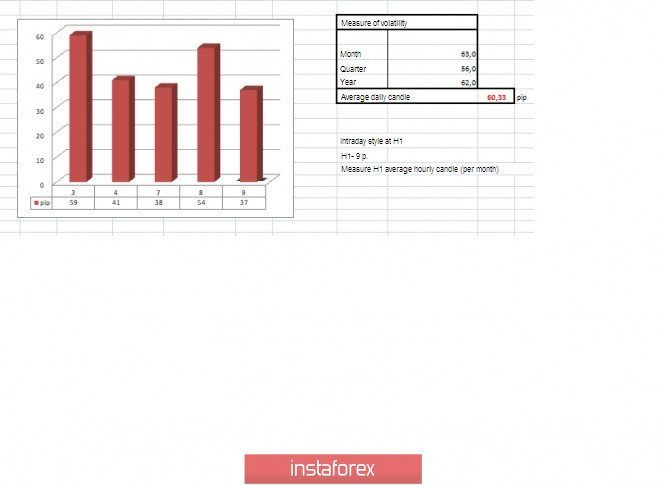 **** The article is based on the principle of conducting transactions, with daily adjustments.

← Fractal analysis for cryptocurrencies as of October 9
Trading plan for EUR/USD for October 09, 2019 →