From a comprehensive analysis, we see a correction move relative to the inertial downward movement. And now about the details. Historical lows continue to focus in the area of 1.1411/1.1450, where the price has recorded attempts to break through three times, but they were unsuccessful. As a result, a kind of side passage was formed, where the main levels were listed: 1.1450//1.1660//1.1850. Although this fluctuation carried a wide amplitude, it was not a full-fledged correction, which was lacking in this development.

Regarding the theory of further development, we see that now is the moment at which two theories at once (upward and downward development) are becoming relevant for consideration in the community of traders.

So what’s the relevance here?

The downward development is being fueled by an external background, which indicates by all possible factors that in the medium term one should not expect high value from the English currency. In fact, this judgment refers to the fact that the fluctuation on the existing basis can drag on for a long period, where further descent to the mark of 1.1000 is not ruled out.

The upward development makes a reference to the levels of thirty years ago, where the quote recently came against the background of inertia. Strong overheating of short positions, paired with historical values, provides a kind of support, on the basis of which an upward beat is blocked. In this judgment, it is necessary not only to fix higher than 1.2150, but also to get support from the external background, where it will be said that the pandemic has waned, but this is not so simple, since the consequences of the COVID-19 virus on the world economy will show itself.

In terms of volatility, we see another round of new dynamics, where the past day has overtaken the daily average by more than 86%. The acceleration is recorded every trading day, which directly affects the daily and hourly average, which has changed twice since the beginning of the year.

Detailing the past day by the minute, we see an upward turn from the opening of the daily candle, which lasted until noon. The subsequent movement was expressed as a sideways move of 1.1690/1.1790.

As discussed in the previous review, traders focused on a local slowdown in the period of the Asian session of 1.1600/1.1695, working on the breakdown of the established boundaries. As a result, buy positions were opened.

Looking at the trading chart in general terms (the daily period), we see a global downward trend, where the outlines of a corrective movement appeared relative to the whole inertia course.

The macroeconomic data for Britain is terrible, but the pound did not react much, as it continued to focus on local oversold prices.

In terms of the information background, we see a total quarantine, which is imposed with varying severity by the heads of state in the world. So, the United Kingdom, with a little delay from its neighbors, moved to universal home self-isolation, where the British Parliament did not remain on the sidelines, stopped working for four weeks as part of efforts to slow the spread of the coronavirus. In addition, Prince Charles of Wales was found to have a coronavirus, which created additional pressure on the public.

In turn, there was information about the business support package of 350 billion pounds, as previously mentioned by the Chancellor of the British Treasury Rishi Sunak. So, the details of the package of measures are divided into two schemes, where the first relates to small and medium-sized businesses, which will be compensated for interest and loan payments in the first 12 months. The second scheme applies to large businesses where the regulator repurchases company bonds, but this scheme only applies to those organizations that make a significant material contribution to the British economy.

Today, in terms of the economic calendar, we had macroeconomic statistics regarding inflation data in the United Kingdom, where we recorded a decline from 1.8% to 1.7% 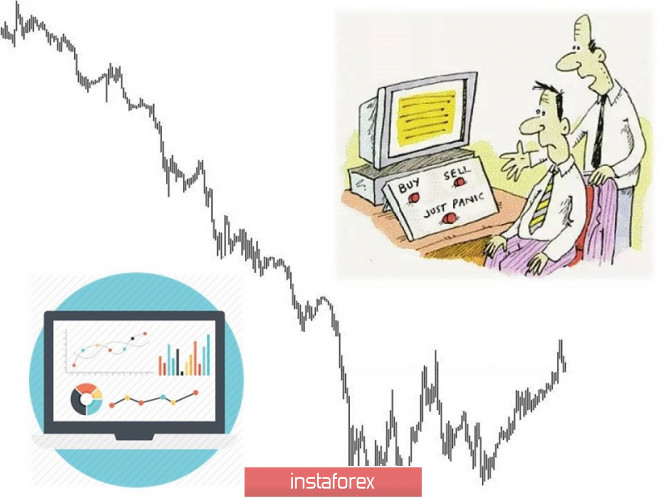 Analyzing the current trading chart, we see a local upward move, which is the structure of a corrective movement. In fact, in the existing momentum, the quote managed to temporarily return to the important area of interaction of trading forces 1.1957/1.2150, where a conditional ceiling was found in the face of resistance, and the quote with similar dynamics returned to the limits of the level of 1.1850. Regarding the development, it is worth taking a closer look at the level of 1.1850, since it now belongs to the priorities in terms of possible downward development.

In terms of the emotional mood of market participants, we see high dynamics that continue to grow, and this is due to the external background. In fact, there are no prerequisites for a decrease in activity, so speculators will continue to work on local jumps.

Detailing the minute-by-minute section of time, we see that the round of ascending candles fell on the period of 10:15-11:45, after which the reverse occurred with the same dynamics, having a recovery.

In turn, traders are considering a further downward movement if the price is fixed below 1.1850.

Having a general picture of actions, we can assume that the correction may well be reversed, if the area of 1.1957/1.2150 exerts proper pressure, but in this case, we simply need to fix the price below the level of 1.1850. The alternative scenario is still considering a temporary slowdown in the range of 1.1850/1.2000.

Based on the above information, we will output trading recommendations: 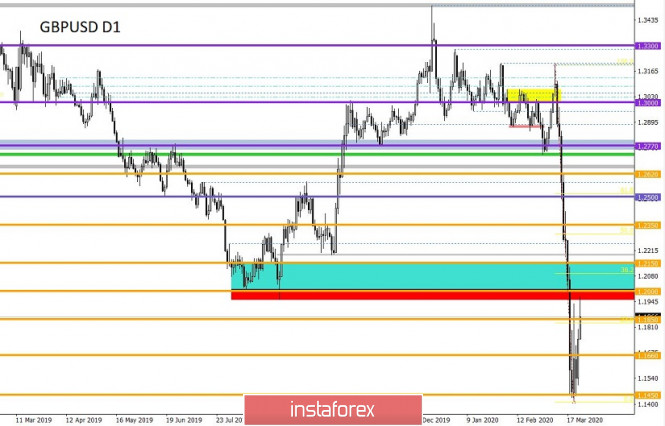 Analyzing different sectors of timeframes (TF), we see that the correction move made adjustments to the indicator readings on hourly periods, where a local buy signal appeared. Daily intervals invariably preserve the sell signal, reflecting the overall movement. 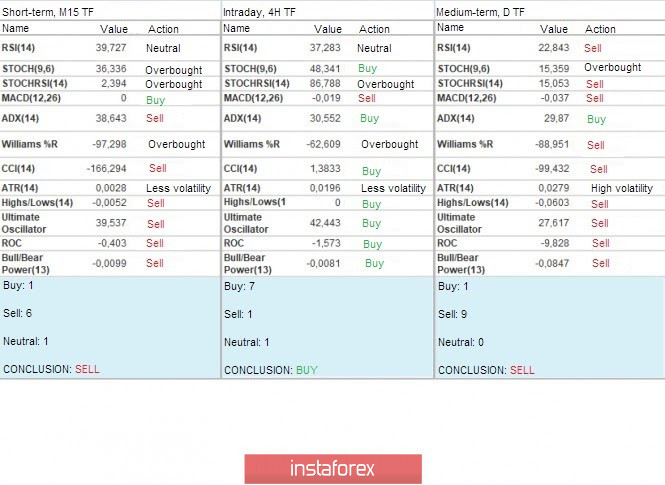 Volatility for the week / Measurement of volatility: Month; Quarter; Year.

The volatility of the current time is 226 points, which is already 42% higher than the daily average. We can assume that if the level of 1.1850 does not fall, the activity will be concentrated in terms of stagnation, thus the volatility will remain within these limits. 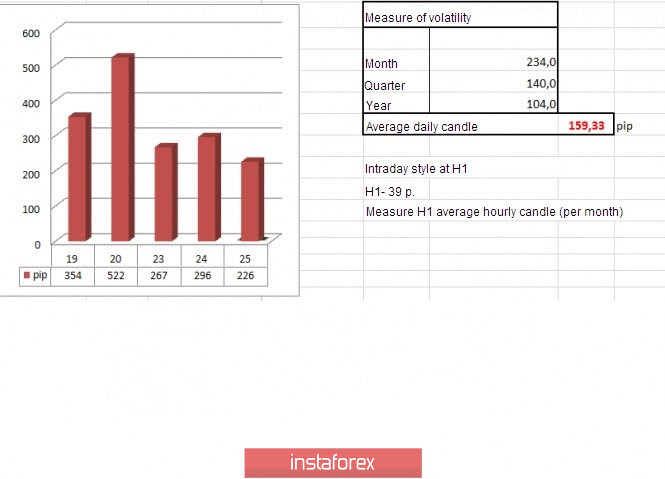 ****The article is based on the principle of conducting a transaction, with daily adjustments.

← Short-term analysis of EURUSD
EUR/USD: plan for the US session on March 25. The fight for the level of 1.0817 continues, and volatility is decreasing. →