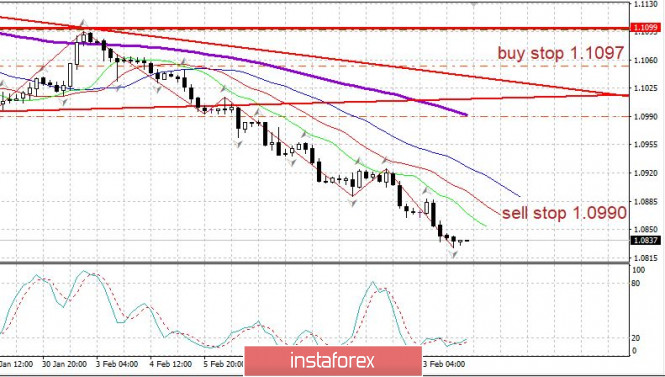 Data on US inflation was released on Thursday: inflation remains at the same level, below the forecast, just above 2% per annum. Nevertheless, the euro remains under strong selling pressure, staying near the lows of the week.

Today, at 14:30 and 15:00 London time, huge data on the US economy will be released. This may change the market picture, such as organizing a correction for EUR/USD.

The growth rate of the disease has decreased strikingly. The number of cases outside the main affected province has declined. For instance, there are 500 cases recorded in Japan.

The US indices are at highs, as the market is not responding to the epidemic yet. Oil has also drawn a bottom and is not falling.

EUR/USD: Keep selling from 1.0990. Prepare for a strong rebound to the top.