The theme of US-Chinese trade negotiations dominates the world markets, which undoubtedly affects the mood of investors, causing them a surge of optimism, which is manifested in the increase in demand for risky assets and lower prices for protective ones.

In the wake of the positive, the American major stock indexes are testing the maximum levels again, as the one and a half year pressure of the factor of the US-Chinese trade war restrained the growth of the global economy and investor demand for stocks of companies. However, in the past few days, a flood of positive news on this subject from both the US and China has forced the players of the market to be confident that the agreement will be signed. What is also important, and perhaps even the most important, is the news that the PRC and the States, within the framework of the “Phase 1” agreement, have reached a decision on the abolition of duties. This news triggered an explosion of emotions and increased yield on American treasuries and a marked weakening in demand for defensive assets.

On the other hand, benchmark yields on 10-year-old treasuries jumped by more than 4.0% on Thursday, while the quotes of gold fell out of the range of almost two months, and the US dollar received significant support, as hopes for a recovery in US economic growth in the wake of the forthcoming end of the trade war, the Fed will not think about further lowering interest rates, which will put the dollar in a more favorable position in relation to major currencies in the Forex market.

Given this scenario, we believe that gold quotes may continue to decline. The outsiders in the currency exchange market will remain the euro and sterling. The first is due to the position of the ECB, which, with the advent of the new head, C. Lagarde, is most likely to adhere to the previous monetary soft rate, and the second amid Brexit’s problems.

EUR/USD pair implements a double top reversal pattern. We expect the pair to continue to decline to 1.1000 after the price crosses the level of 1.1040. 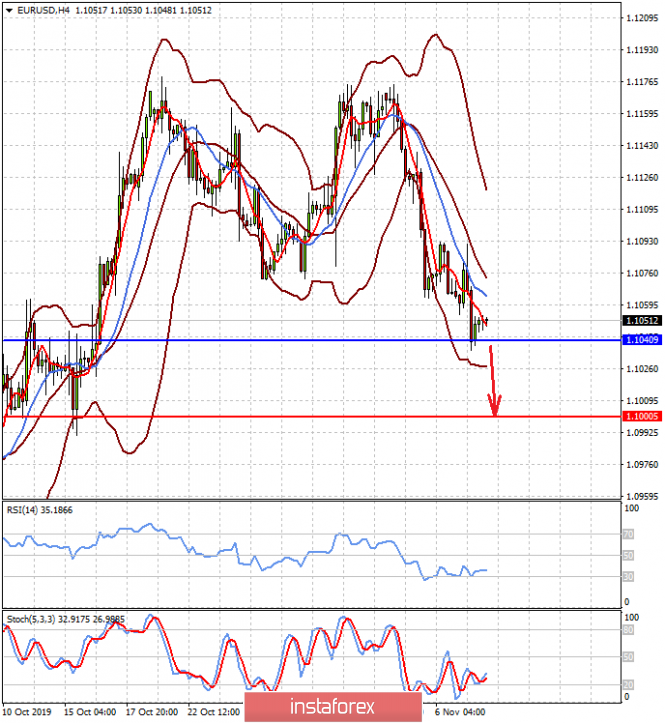 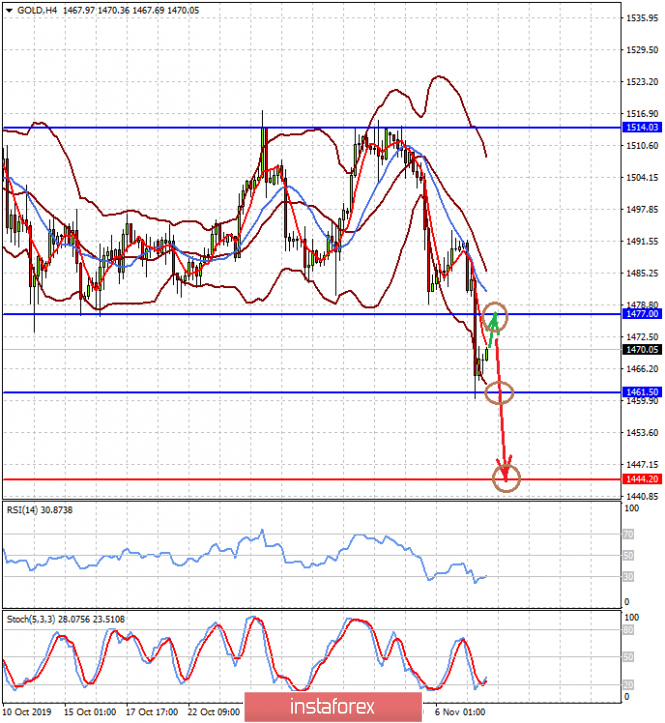 ← Simplified wave analysis of GBP/USD and USD/JPY on November 8th
The dollar takes the initiative, the euro and the pound may continue to decline →