The downward wave of the pound from December 16 entered the final phase. Since the beginning of this year, the first 2 parts of the final zigzag (C) have been formed in its structure. By now, preparations are nearing completion.

The ascending section of traffic is expected to be completed in the next day. Near the end of the day, a reversal is expected to form and the price will start moving down. The turnaround time can be linked to the time when news blocks are released from the United States.

Purchases of the pound today can be risky. It is safer to refrain from trading during the rise. By the end of the day, the signals to sell the instrument will become a priority. 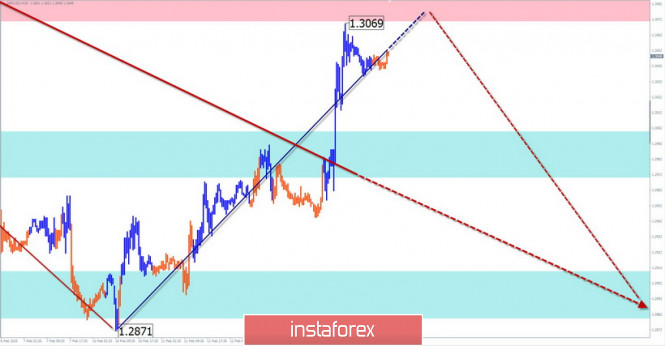 The unfinished wave structure of the Japanese yen begins on January 8. The first 2 parts can be traced in its structure and the sideways flat that continues in the last 2 weeks form an intermediate correction in the final part (C).

The most likely pattern of the pair’s movement today will be continued movement in the side corridor. A downward trend is expected in the first half of the day. Moreover, by the end of the day, you can expect a reversal and the beginning of price growth.

Trading transactions on the yen market can only be carried out safely with an intraday trading style. Tool purchases are more promising. 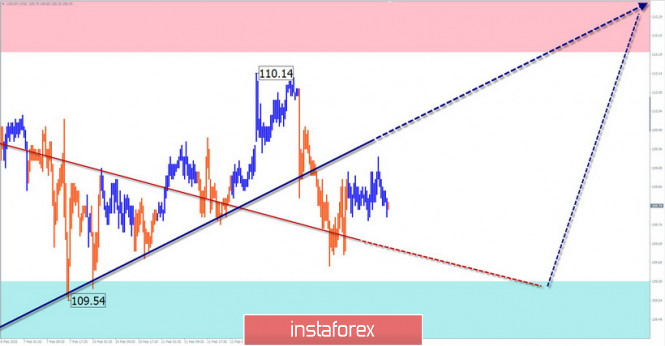 Explanations: In the simplified wave analysis (UVA), waves consist of 3 parts (A-B-C). The last incomplete wave is analyzed. The solid background of the arrows shows the formed structure and the dotted background shows the expected movements.

Note: The wave algorithm does not take into account the duration of the tool’s movements in time!

← Hot forecast for EUR/USD on 02/14/2020 and a trading recommendation
EUR/USD and GBP/USD: Where is the bottom of the euro? The UK Cabinet reshuffle gave a positive impact on the pound →