The attention of the markets has completely focused on this topic, before the official meeting between D. Trump and Xi Jinping, at which a new trade agreement, the so-called “first phase”, will be signed.

The long-awaited meeting between the American and Chinese leaders will take place on Wednesday, at which, at last, a new trade agreement will be signed, which will resolve, although not all controversial trade issues between China and the United States, but, in any case, will allow laying the road to resolving this important contradiction, which has been affecting the world economy and financial markets for almost two years now.

Now, what will be the reaction of the markets to this event? In our opinion, the reaction of investors to the fact of signing the first phase of the trade agreement is likely to be moderate if, of course, it does not contain any danger that will weaken it. In principle, everything that markets could win back in this news “clearing” has already happened. A noticeable positivity can manifest itself only if at this meeting some new actions are announced aimed at a complete settlement of this problem and there are doubts here.

On the other hand, Former Fed Chairman J. Yellen, warned that the trade conflict between the two countries is still far from over during a speech at the Asian Financial Forum on Monday. She made it clear that there are a number of significant contradictions, which it is not yet possible to resolve, since there are noticeable contradictions between countries in the field of the latest technologies. She suggested that not introducing new trade duties under the “first phase” would not be “weighty” for US households. She also added that there is a topic of subsidizing Chinese national state business by the Chinese authorities, which puts American companies in unequal competitive conditions.

However, a step forward towards the normalization of trade relations will be positive for the global economy despite these still apparent contradictions. It will reassure markets as much as possible in the current geopolitically unstable situation. This will increase the demand for risky assets in the short term. In our opinion, this will put pressure on the demand for protective assets. Gold, government bonds of economically developed countries, as well as the yen and the franc may be under pressure. At the same time, there is a probability of increased demand for commodity and commodity currencies. However, the dollar in a situation of “pacification” may be generally under pressure against the background of the Fed pursuing a course of soft monetary policy.

GBP/USD remains under pressure in the wake of the fall in expectations of a rate increase by the Bank of England ahead of Brexit’s historic decision on January 31. We believe that the pair will continue a limited decline to 1.2900 after crossing the level of 1.2960.

Gold on the spot also has every chance to continue to decline against the background of the signing of a trade agreement between the United States and KN. 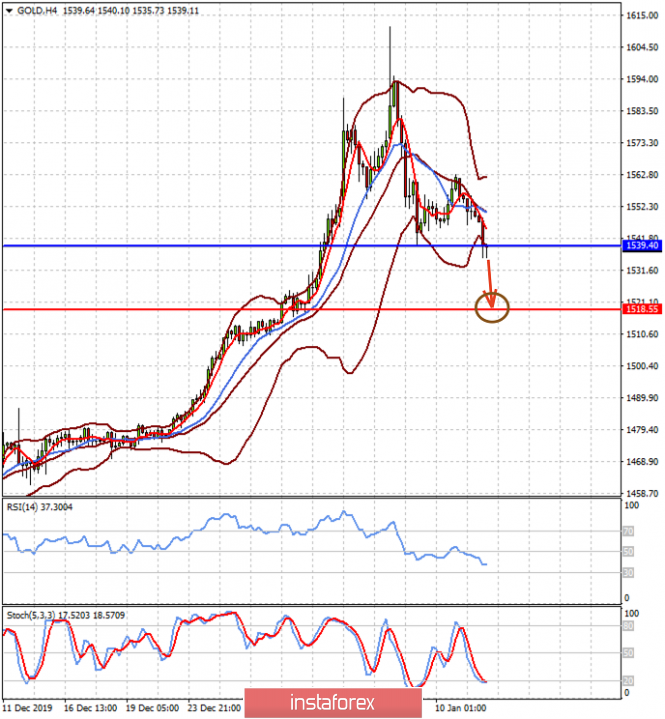 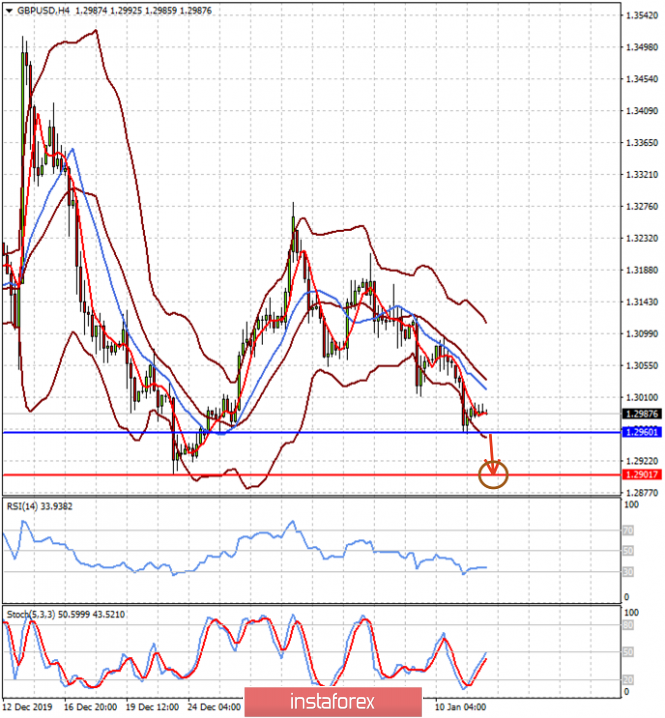