Honestly, yesterday gave me a storm of emotions; however, negative for the most part. I have a number of questions for the US Bureau of Employment and Statistics and slightly fewer questions to various financial structures of the Old World, showing the brilliant results of their intellectual activity. Well, what happened yesterday in the UK causes nothing but disgust and contempt. 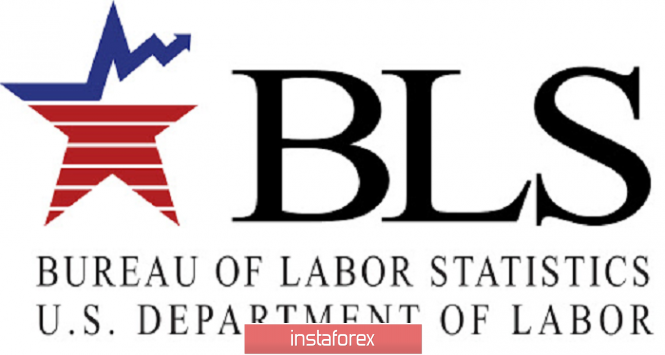 So, let’s go in order. As it often happens, the market ignored European macroeconomic statistics, which, frankly, was extremely positive. After all, the unemployment rate in France declined from 8.5% not to 8.4%, but already to 8.1%. But such a noticeable improvement in the situation on the labor market does not bother anyone. At least from the ranks of those who manage the capital, circulating in the financial markets. After all, it’s not about some small country there, but about the second economy of the euro area. Which, by the way, is also the second most populous in this very union. That is, a marked improvement in the situation on the labor market in France will inevitably affect the decrease in unemployment in the entire euro area. 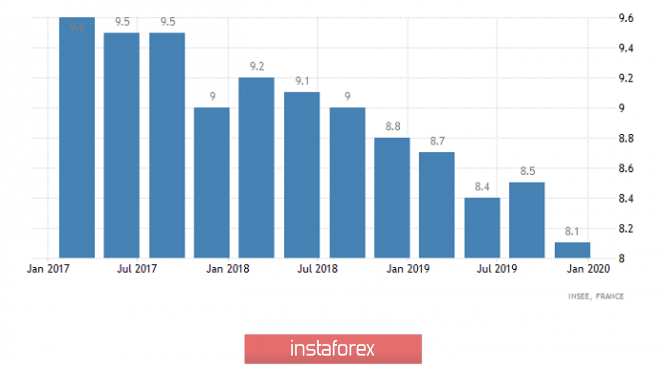 Similarly, data on inflation in Germany were ignored, but this is somehow justified, since they completely coincided with the forecasts. In any case, inflation in Germany rose from 1.5% to 1.7%, and since we are talking about the largest economy in the euro area, it means that inflation will have to increase throughout the monetary union. Nevertheless, this news was also left without attention. Moreover, the single European currency confidently went down about three hours after that. But more on that later. 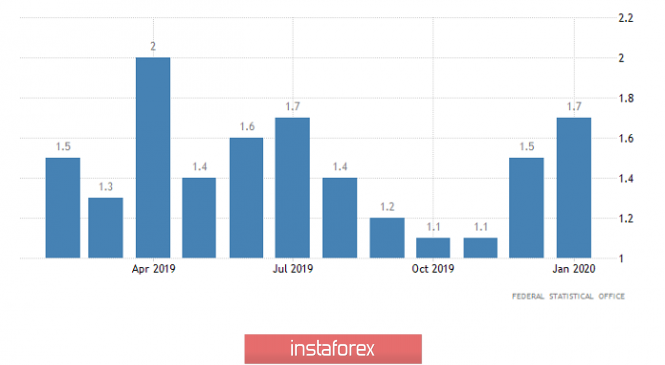 First you need to figure out what happened to the pound. Moreover, this is just an anecdotal story. The fact is that the pound, on which no news was planned at all, suddenly rushed up. The reason for this was a reshuffle in the UK government. It all started with the unexpected resignation of the chancellor of the government. In the UK, this post is similar to the post of Minister of Finance in other countries. The reason for the resignation of Sajid Javid was a disagreement with Boris Johnson. According to Sajid Javid himself, he could not accept the prime minister’s demand to dismiss all his advisers and replace them with others. But these are only official statements. In fact, Sajid Javid, as a true treasurer, is careful about money, and his main task is to prevent squandering the royal treasury entrusted to him. Well, Boris Johnson almost pleases us every day with the next impressive projects designed to stimulate economic growth. At the same time, the cost of not all, but of each individual project, is amazing. And the projects themselves seem fantastic. Suffice it to recall plans to build a bridge between Northern Ireland and Scotland. However, the mere fact that the miser Chancellor resigned does not mean that money rain will be shed. So the pound’s joyful growth looks strange. At least until then, until it became known that the new chancellor was Rishi Sunak, who is a native of Goldman Sachs. However, this news already fully justifies the joy of investors, since money can, but they will not pour too much on the implementation of Boris Johnson’s projects, but politics will definitely be pursued satisfying the interests of large international capital. However, whether this policy will satisfy the needs and aspirations of Her Majesty’s simple subjects remains a mystery. But the financial world is not too worried. And looking at this, one involuntarily recalls the words of the former head of the Federal Reserve System Alan Greenspan that banks need to be nationalized once a hundred years. However, it seems that the reverse process in Great Britain is happening when a single bank privatizes an entire state. But most importantly, this does not change the general economic situation in the UK, which is already causing more and more concern. So the growth of the pound is based solely on emotions, and it will soon go down again without some fundamental justification. 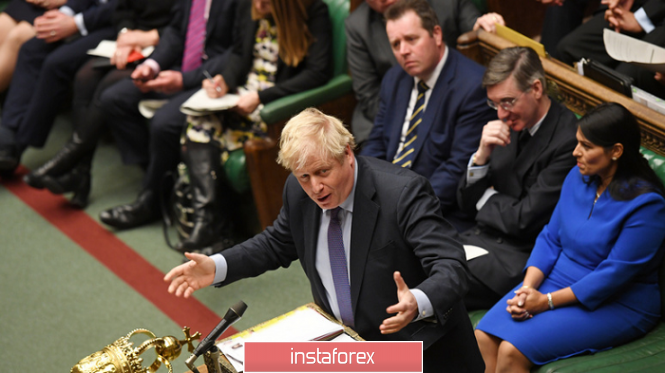 Now it’s time to talk about yesterday’s decline in the single European currency. On the one hand, everything is logical, since inflation in the United States rose from 2.3% to 2.5%, and not to 2.4%, as predicted. Consequently, the probability that the Federal Reserve will seriously talk about the possibility of raising the refinancing rate is becoming more and more real. But the whole point is that the single European currency was declining before these data were published. The movement stopped shortly before publication. But when it became known of a greater increase in inflation, the single European currency practically did not budge. So it’s impossible to get rid of the thought that someone knew everything in advance, which means that the Bureau of Employment and Statistics needs to ask a number of questions about the data protection system. Well, there’s only one conclusion from all this: if someone can use insider information and get ahead of all the others inside the day, then the meaning of short-term or intraday trading is simply lost. So, you need to look only at medium-term or long-term trends. 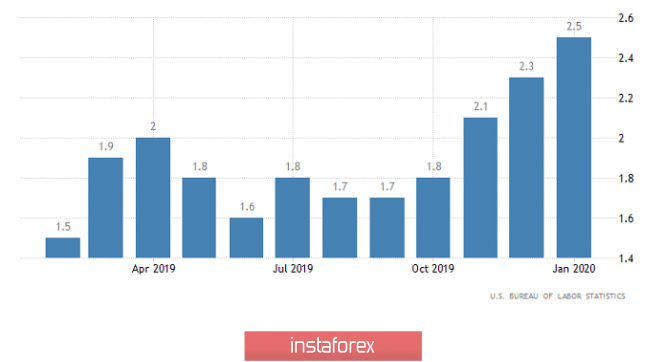 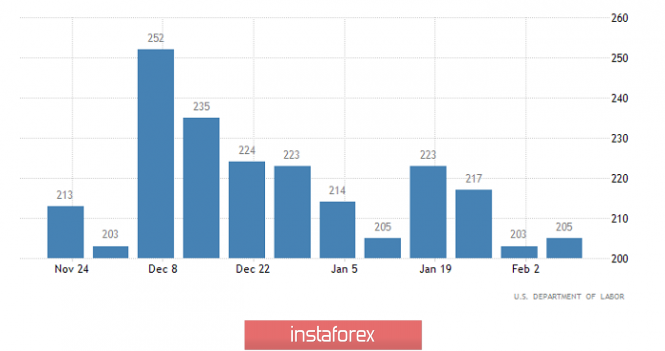 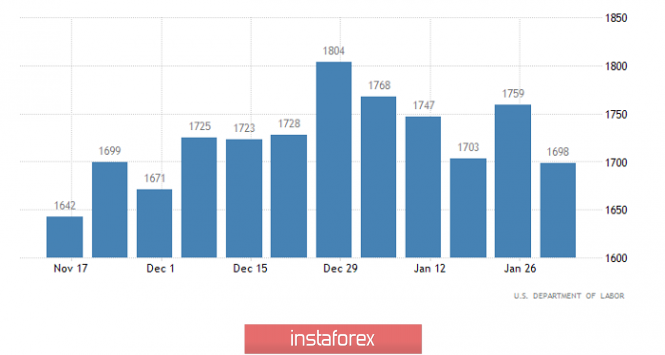 It is obvious that the market has long been overdue for a correction. At least for the single European currency, since the pound released a little steam yesterday. However, the European statistics themselves do not yet provide a reason for this. In particular, German GDP data for the fourth quarter has already been released, showing a slowdown in economic growth from 0.6% to 0.4%. At the same time, we expected a slowdown to 0.5%, so the results are worse than expected. So the extremely low rate of economic growth and the growing threat of recession clearly do not contribute to the growth of the single European currency. I want to note the sensational report of a major German Bank, which issued a study that, they say, the coronavirus will negatively affect the economic growth of Germany and the whole of Europe. As they say, where is the coronavirus and where is Germany? After all, GDP data for the fourth quarter, when there was no virus yet. And the fact that the economy will slow down was already understandable, since for this it’s enough to just look at the latest industry data. However, there is such a curious moment. The fact is that the ongoing recession in industry will inevitably affect the growth of unemployment, which will be attributed not to the deplorable state of the economy, but to coronavirus. So we are waiting for the growth of unemployment in Europe. 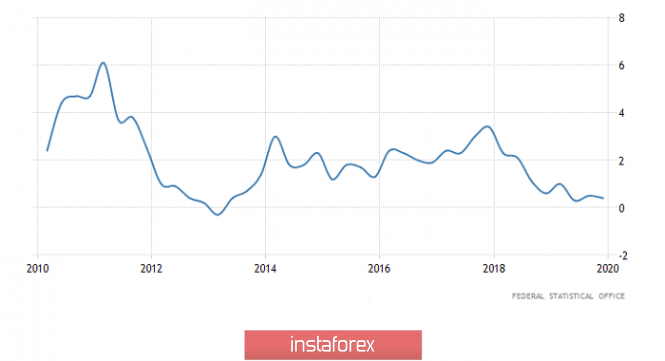 On the other hand, Europe was not without good news from sunny Spain, where the inflation rate increased from 0.8% to 1.1%, which coincided with the forecasts. But the market still did not respond to any data on Europe. 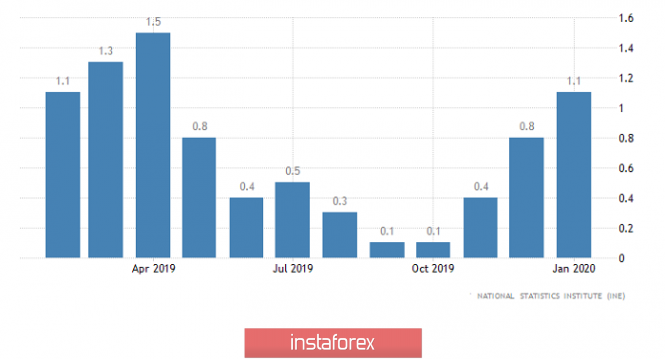 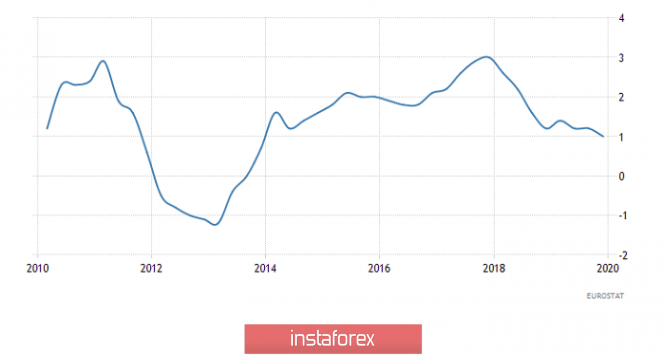 However, American statistics can give a helping hand to the single European currency and, finally, provoke a long-awaited correction. The central news will be data on retail sales, the growth rate of which should slow down from 5.8% to 4.9%. But, there is a possibility that the slowdown will not be so strong, since the report of the Ministry of Labor showed somewhat higher growth rates of the average hourly wage. Well, since revenues are growing, then consumer demand should also increase. 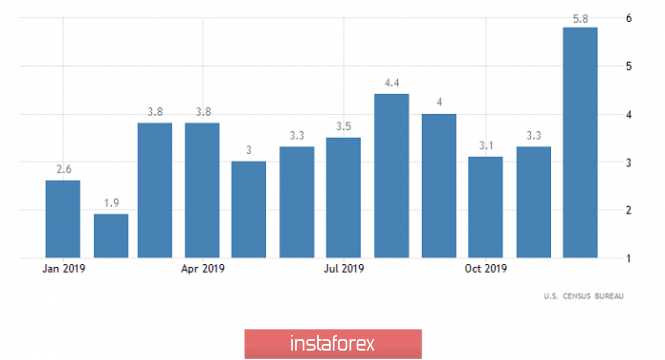 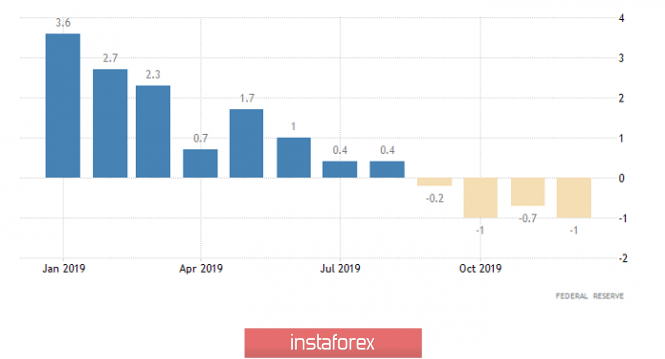 Most likely, the single European currency will initially decline to 1.0800, and will increase to 1.0875 by the end of the day. 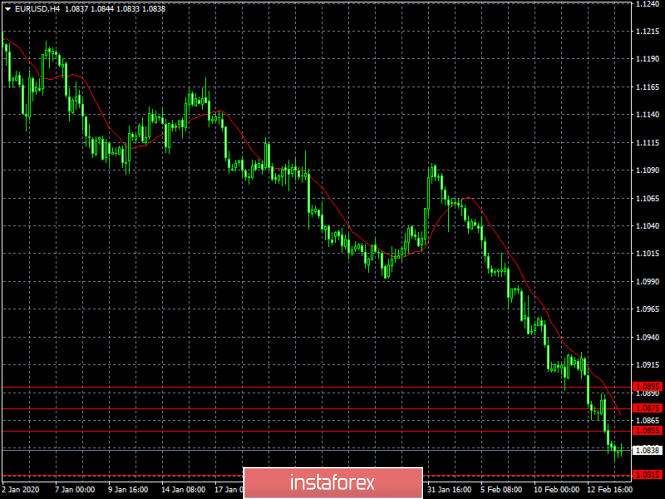 Everything is somewhat different regarding the pound, since emotions will inevitably fade into the background, and investors will face the deplorable economic situation in the UK. Nevertheless, these same emotions helped it to make a local correction. So for now, it is worth waiting for its stabilization in the region of 1.3000 – 1.3050. 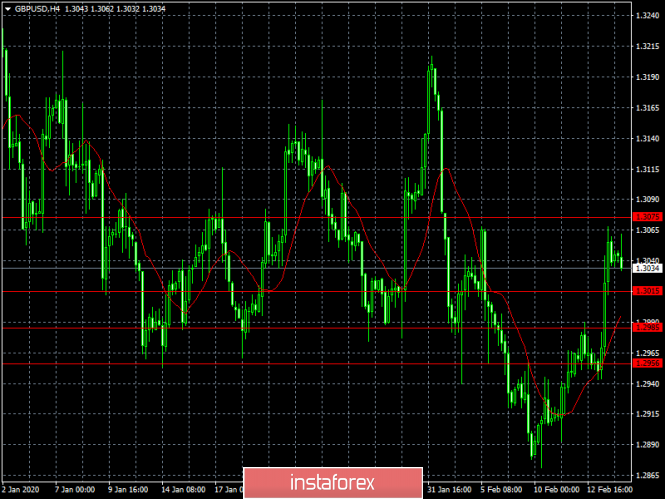