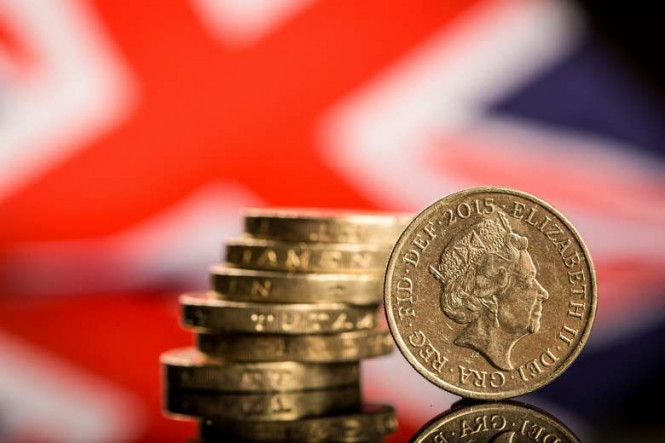 The turmoil that has befell the British currency forced traders to experience many unpleasant moments. One of them was the unexpected move of two Bank of England representatives in the voting process regarding the rate. Statements by representatives of the regulator brought down the pound once again, which had to get out of the hole again.

It can be recalled that on Thursday, November 7, the Bank of England voted to keep the interest rate unchanged, leaving it at 0.75%. However, two representatives of the regulator did not agree with this decision, advocating a further reduction in rates. This has not happened over the past three years, when the department supported a weaker monetary policy. In addition, representatives of the regulator explained their position by the possible worsening of economic prospects in connection with the upcoming elections on Brexit issues and the weakness of the labor market. Thus, a sudden divergence of views brought down sterling. On Thursday evening, it approached the dangerous border –1.2796. 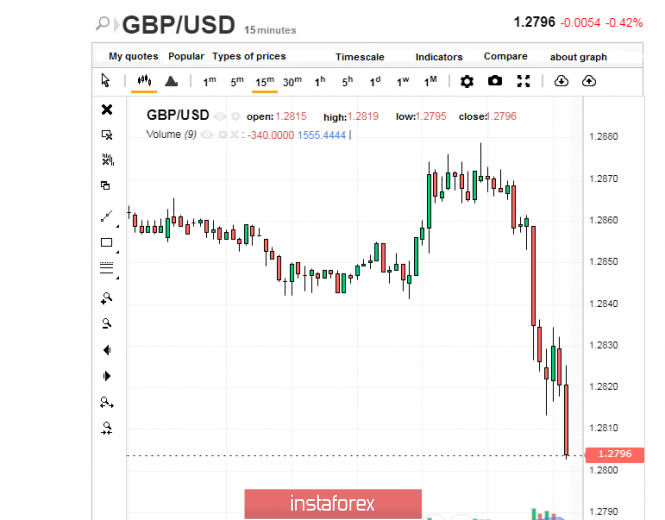 Earlier, the British currency reached a support level near 1.2805, but after a while, it showed a downward trend, reaching 1.2801. 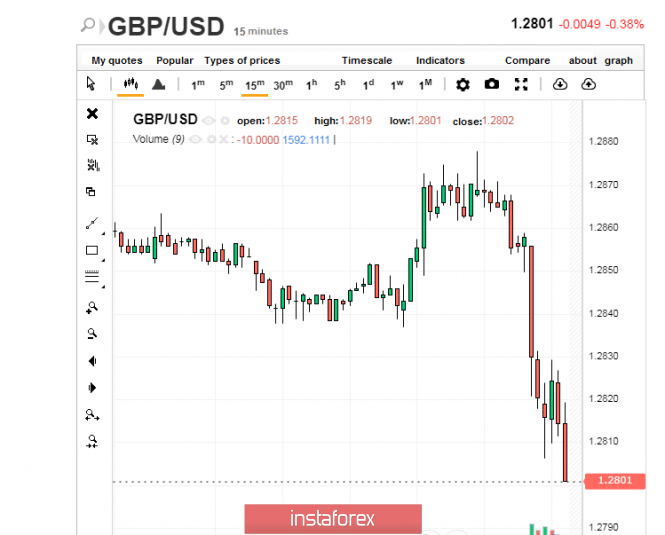 Experts seriously feared that a break of 1.2805 would lead to a sell-off of the pound, which could collapse to 1.2760 and below. After the announcement of the decision by the Bank of England, the bears intensified, resuming sterling sales. They decided to take advantage of the good pound prices after yesterday’s correction. The activity of the buyer, in contrast, is close to zero. Therefore, analysts believe that they can return to the market only after fixing the price of the “British” above the resistance level of 1.2880 – the starting point from which the pound collapsed. 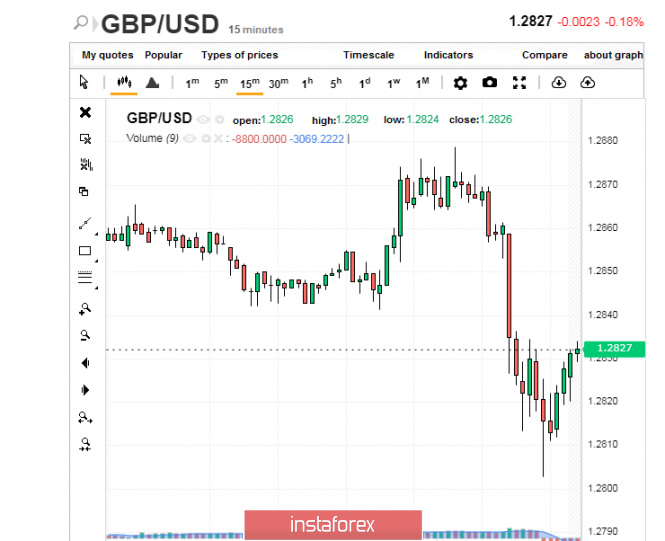 Further collapse of the pound may contribute to the statements of Mark Carney, head of the Bank of England. He drew attention to the worsening global economic background, which negatively affected the British economy. In addition to problems with Brexit, the country’s economy experienced difficulties with the influx of investments. The head of the regulator is confident that the deal between the UK and the EU can improve the investment background. Moreover, M. Carney emphasized that the growth of bearish risks for the British economy is alarming. Thus, he is sure that the next step of the regulator will be a reduction in the interest rate, which will happen in the next three years. The Bank of England has also worsened the forecast for the country’s GDP for 2020 and 2021 and the short-term forecast for inflation.

Experts admit that, despite the possible positive outcome of Brexit, the British currency may suffer from cautious rhetoric of the regulator. They argue that the deal with the EU will give the pound and the British economy only a short-term boost, and then the country will have to deal with the consequences of Brexit.

At the same time, the current key drivers for sterling are not economic news, but general elections in the UK, scheduled for next month. The further direction in the GBP / USD pair will depend on their results, experts emphasize. On Friday morning, November 8, the pair showed not the most positive results, dropping to the level of 1.2809. 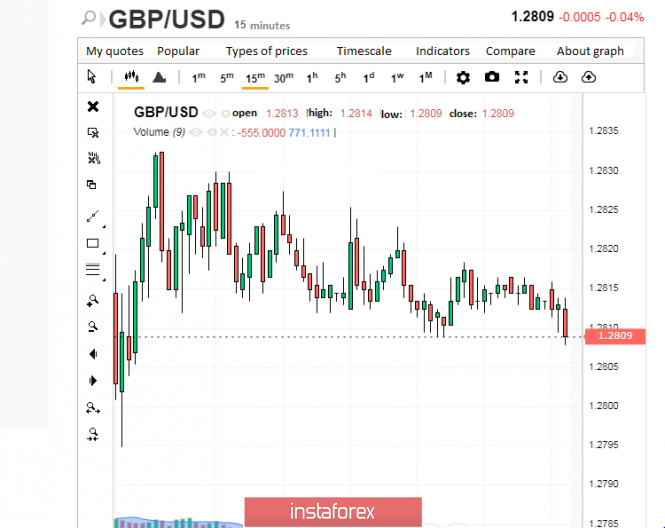 However, the pound’s fighting spirit allowed the GBP/USD pair to rise to 1.2817–1.2818 and the British currency decided not to stop there. 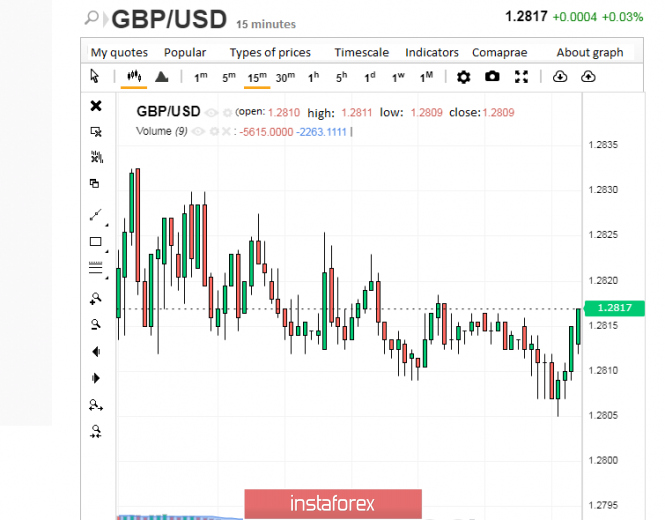 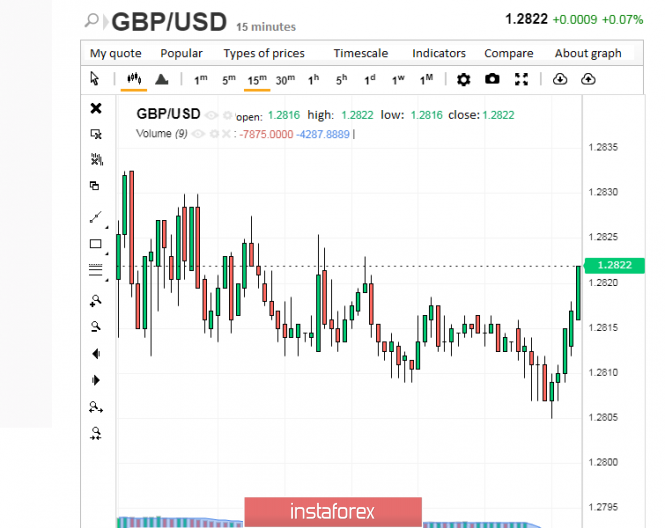 As a result, the condition of the British currency remains moderate, without strong volatility. The pound came to its senses after the fall amid the decision of the Bank of England, gradually recovering its lost positions. Confusion was replaced by determination, and sterling was ready for new achievements, in particular, to reflect possible blows in connection with the upcoming elections.