British politicians are enthusiastically engaged in collecting incriminating evidence against their political opponents, so now they are not up to Brexit, or even about the economy of the United Kingdom. Due to this, it is not surprising that the beginning of the election race was marked by the lull of the pound. Thus, the Bank of England had to take on the traditional role of politicians, and somehow entertain the public. And to be honest, it turned out pretty well. After all, no one doubted that all the parameters of monetary policy would remain unchanged, and there seemed to be no excesses. Moreover, keeping the refinancing rate at the current level, against the background of the actions of the Federal Reserve System and the European Central Bank, should even support the pound. However, as soon as the results of the meeting were announced, the pound markedly went down. As it turned out,the reason lies in the eccentricity of two of the nine members of the Board of the Bank of England, who voted for an immediate reduction in the refinancing rate. 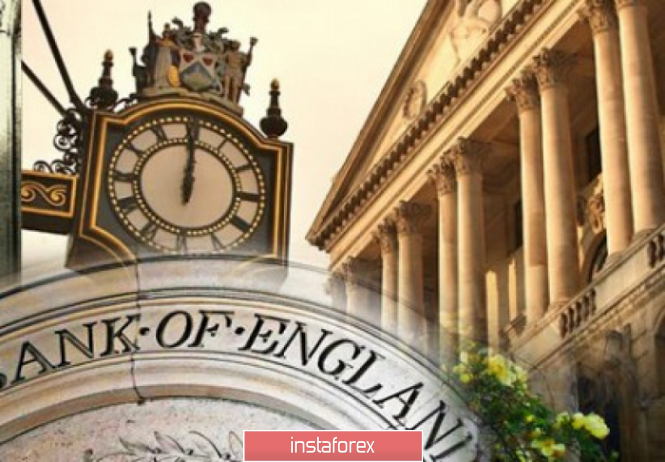 It is clear that the possibility of an unexpected reduction in the refinancing rate seriously scares investors. However, in fact, nothing has changed. Mark Carney has long warned everyone that immediately after Brexit, the refinancing rate will be reduced. And let two votes be given for the early easing of monetary policy. Most adhere to the general line of the party. Thus, until the spring of next year, the Bank of England refinancing rate will remain at 0.75%. Well, since nothing has changed, then yesterday’s decline in the pound was due solely to emotions, which will soon settle down. After that, you will return to your previous positions. Moreover, no macroeconomic data is published at all today.

The GBP/USD pair, nevertheless, managed to get closer to the key level of 1.2700 (1.2750 / 1.2800), showing extremely weak activity on the way. Therefore, the decline from the border of the psychological level to the next level took about a week, which is very long for such an active currency as the pound / dollar. In addition, the support in the face of the range level of 1.2770 holds the quote, reflecting to us a kind of slowdown. Considering the trading chart in general terms, we see that nothing dramatic has happened yet. The levels of 1.2770 / 1.3000 are firmly in place, and the existing movement is conditionally horizontal. It is likely to assume that the quote will still be able to test the level of 1.2770 for strength, as a result of having a touch. Whether the price is able to go lower until there is complete confidence, it is therefore best to consider two working methods at once – rebound and breakdown.

Concretizing all of the above into trading signals:

– We consider long positions in the case of a characteristic stop, with the subsequent development of a key level, where in case of a price higher than 1.2830, trading operations will be considered.

– We consider short positions in the case of a clear price fixing below 1.2750, which will signal a breakdown of the key level.

From the point of view of a comprehensive indicator analysis, we see that relative to all the main time sections,indicators signal a predominant downward interest. 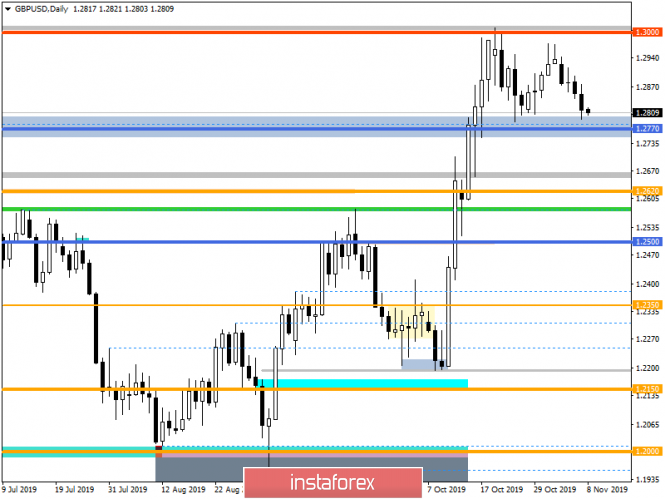