The process of reviewing the bill to protect the UK internal market is mired in endless discussions and agreements. So the second vote on this issue has been postponed indefinitely. It is clear that Prime Minister Boris Johnson will try to speed up the process, since there is practically no time left. While the issue with this bill remains open, the European Union will not resume talks on a trade deal. Although this bill is designed to force Brussels to make concessions to London. But oddly enough, the fact that the solution to the issue is stuck at the stage of discussing specific details and points, inspires confidence that the final version of the law will not be so radical. So, there is hope for a successful outcome of this whole saga with Brexit. And this provided some support to the pound. 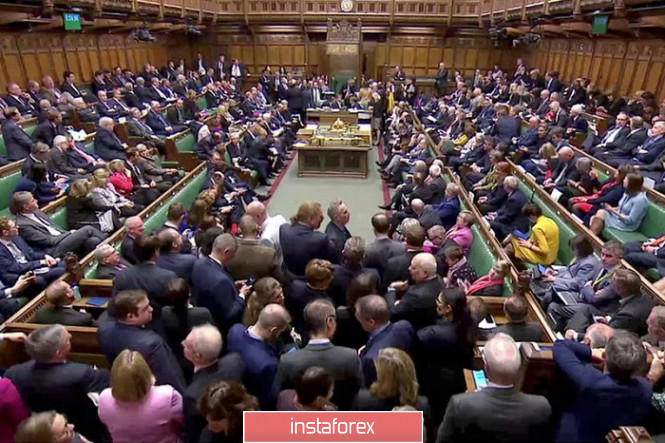 But the pound also received unexpected support from US data, which showed that the rate of decline in industrial production accelerated from -7.4% to -7.7%. The trick is that the decline was forecast to slow down to -6.1%. So the US economy’s situation is not so straightforward. Yes, the economic recovery is underway, but somehow unevenly and in leaps and bounds, with periodic pullbacks. This is clearly worrisome. 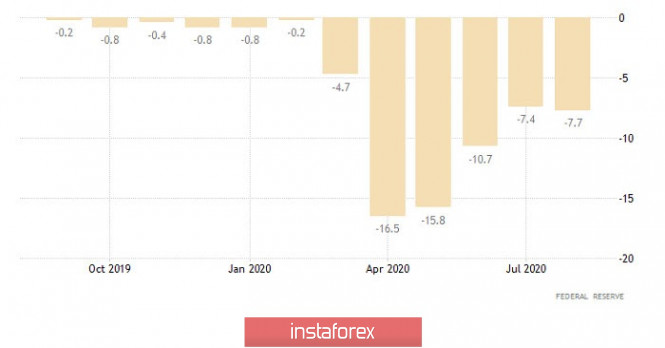 Nevertheless, British data are also not encouraging, as the recently published data on inflation showed its decline from 1.0% to 0.2%. In other words, the UK is already with one foot in deflation, which may force the Bank of England to further ease monetary policy. But its meeting will take place tomorrow. Nevertheless, the pound practically did not react to this, since everyone is only concerned with the process of discussing the bill on the protection of the UK internal market. The pound’s fate is in the hands of MPs. 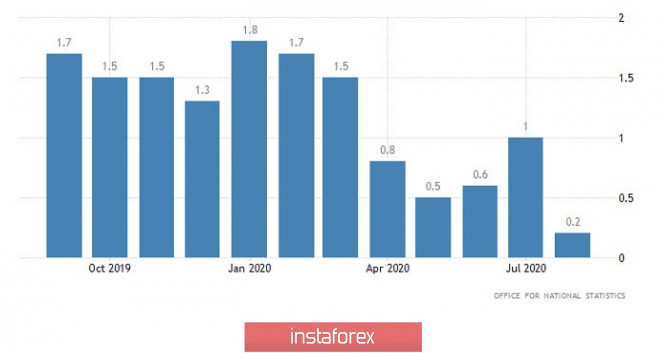 Data on US retail sales will be published today, which, like industrial production, will clearly not please investors. The growth rate of retail sales should slow down from 2.7% to 2.5%, which will offset the positive effect of rising inflation. But most of all, investors are interested in the results of the Federal Reserve meeting, which will conclude today. As such, no changes are expected. And most likely, during the subsequent press conference, Fed Chairman Jerome Powell will not say anything new. So it is likely that this meeting will not affect the situation at all. But there are two more options. True, the probability of their occurrence is extremely small. The least likely is the announcement of considering the possibility of raising interest rates in the foreseeable future. It is slightly more likely that the Fed will announce that interest rates will remain at current levels until 2023. The latter option carries risks for dollar positions. Since such a development of events is clearly not to the liking of big investors, the dollar will begin to actively lose ground. 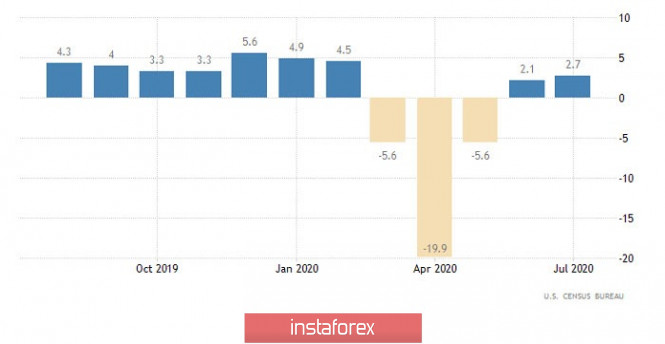 The GBPUSD pair changed the trajectory of the corrective move from the support level of 1.2770 to an alternating fluctuation along the price coordinate of 1.2885 with a deviation of 1.2825/1.2925. In fact, we are faced with the characteristic uncertainty of market participants, which boils down to variable turbulence, but this cycle is probably a temporary phenomenon.

Based on the quote’s current position, a small fluctuation will be seen within the upper part of the specified range, where the 1.2885 level locally restrains short positions.

Relative to the general volatility, high daily indicators are consistently recorded, which indicates a high degree of involvement of speculators.

Considering the trading chart in general terms, the daily period, you can see the downward inertial price movement from the peak of 1.3480, which is still considered the main one.

We can assume that price fluctuations in the range of 1.2825/1.2925 will remain on the market for some time, where it cannot be ruled out that it will expand towards the main support point of 1.2770.

An upward development can be considered in the case the price settles higher than 1.2930, but only in terms of local activity, for example, towards the 1.3000 level.

From the point of view of a complex indicator analysis, we see that the indicators of technical instruments on minute and hourly intervals signal a purchase due to price fluctuations above the 1.2885 level. The daily period, as before, is focused on selling due to the inertial downward movement. 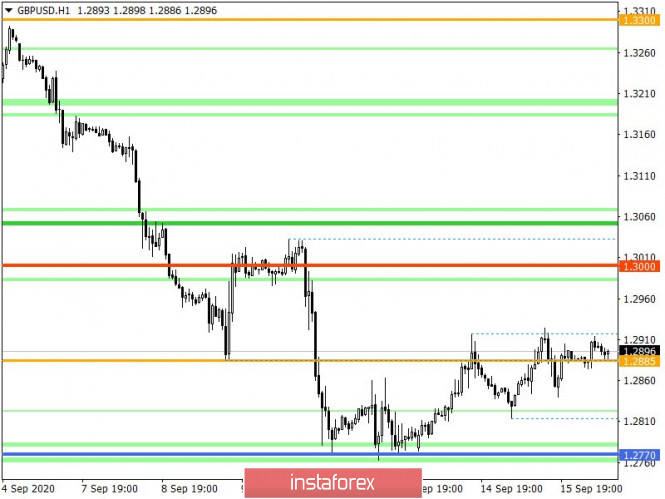