Technical analysis: Trading recommendation: The material has been provided by InstaForex Company – www.instaforex.com

END_OF_DOCUMENT_TOKEN_TO_BE_REPLACED

It is difficult to overestimate the role of OPEC+ in saving the oil market. Thanks to a large-scale reduction in production by 9.7 million b/d, 23 countries, including Saudi Arabia and Russia, managed to double the price of black gold in April-July. It’s time to collect the stones. The transition to the second stage of the agreement, which provides for a reduction in the volume of obligations to 7.7 million b/d in August-December, is expected by investors with apprehension. Previously, it was assumed that global demand will continue to grow and absorb the missing 2 million b/d, however, the difficult epidemiological situation in the United States and the reluctance of California, the state-largest consumer of gasoline, to leave the lockdown, cast doubt on this. Bad news from Hong Kong, which has re-introduced strict measures on social distancing, as well as from Japan, which does not exclude the re-closure of the economy, does not add to the optimism of the “bulls” for Brent and WTI.

According to the International Energy Agency, oil production in April-June decreased by 14 million b/d. The indicator will gradually recover, including due to a decrease in the volume of OPEC+ obligations. In June, the cartel’s production of black gold fell to 22.7 million b/d, the lowest level in three decades. Global supply is expected to fall by 7.1 million b/d by 2020, and then by 1.7 million b/d. 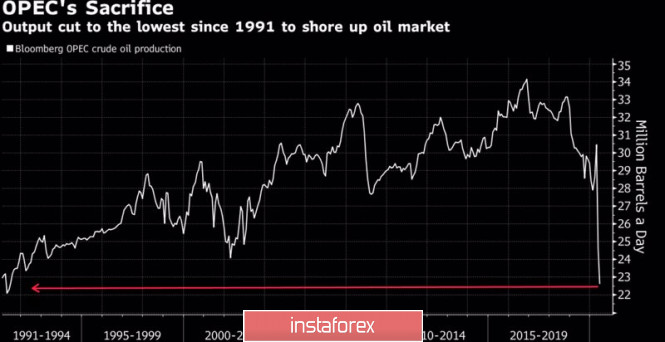 The IEA forecasts that global demand in the second quarter fell less than initially expected – by 16.4 million b/d. As it recovers in Asia, in particular in China, the indicator will fall short of 7.4 million b/d by the end of 2020. Indeed, China’s oil imports reached daily and monthly highs in June. However, the International Energy Agency warns that due to the deterioration of the epidemiological situation, forecasts may be revised for the worse.

In such circumstances, the OPEC+ meeting is obligated to suggest in which direction Brent and WTI should move further. Optimists, including Rapidan Energy Group, believe that the market will easily absorb 2 million b/d. The consulting company estimates that global demand will grow by 18% in the third quarter to 95.7 million b/d and continue in the same vein in the fourth. As a result, world reserves of 5.6 million b/d will disappear, and prices will rise. Pessimists led by Morgan Stanley argue that due to uncertainty in the demand area, the growth in OPEC+ production will trigger a correction in the black gold market.

In my opinion, the increase in the number of COVID-19 infections and the growing risks of repeated lockdowns are bad news for both the global economy and black gold. Nevertheless, the world is on the threshold of the discovery of vaccines and effective drugs, so it is unlikely that the situation will take a threatening turn, and the US GDP will go on the path of a W-shaped recovery. If OPEC+ gives the market more than it expects, we buy Brent on the breakout of resistance at $ 44 and $ 44.7 with a target of $ 50-51 per barrel. The rollback will allow you to form longs from more profitable levels: $ 40.15 and $ 37.8.

Technically, while the quotes of the North sea variety have not fallen below the moving averages, the situation continues to be controlled by the “bulls”.

END_OF_DOCUMENT_TOKEN_TO_BE_REPLACED

The price of crude oil continues to decline on Monday. The unyielding COVID-19 situation remains the leading factor for the recession. This provoked immediate reimposition of restrictive quarantine measures on the territory of individual states.The num…

END_OF_DOCUMENT_TOKEN_TO_BE_REPLACED 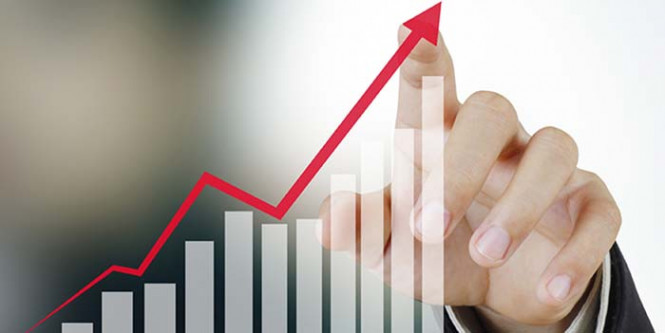 According to French Finance Minister Bruno Le Maire, the government has prepared a youth employment support plan and an incentive plan that outlines tax cuts for companies in August.

This week, the EU leaders will meet to discuss the seven-year budget of the eurozone, as well as the creation of an incentive fund worth €750 billion.

Thanks to increasing sales of coronavirus tests, Novacyt shares rose by 2.4%. Also, Credit Suisse can boast of a 1.1% climb in its shares. Moreover, the British military company reported an increase in shares of 8.5%.

However, not everyone is doing well. So, Ubisoft Entertainment SA shares fell by 8.1% due to allegations of misconduct. At the same time, the retail chain boohoo.com lost 13% of its shares.

Despite the fact that green light is visible in Europe, Covid-19 continues to spread around the world and take lives of people. A record 230,370 new cases were reported on Sunday. Florida broke the record high in the number of new infections per day. More than 15 thousand people were tested positive for the coronavirus in one day.

Meanwhile, oil prices are falling again. Soon, a meeting of OPEC technical specialists will be held. They are expected to recommend cartel members to adhere to the recovery schedule as demand grows.

END_OF_DOCUMENT_TOKEN_TO_BE_REPLACED

Technical analysis: Trading recommendation: I found the breakout of the symmetrical triangle on the daily time-frame, which is very good sign for further downside movment. Watch for selling opportunities with the targets at $8,150 and $7,450.The ma…

END_OF_DOCUMENT_TOKEN_TO_BE_REPLACED

To open long positions on GBPUSD, you need:
In the first half of the day, I drew attention to an important report on UK GDP growth, which did not reach the pace of recovery expected by economists. This led to a rapid decline in GBP/USD to the support a…