Industry news:New Jersey lawmaker Yvonne Lopez is concerned. There is a lack of consumer protection in the crypto space and she wants to put that right by introducing new regulatory measures.New Jersey Assemblywoman Lopez is the prime sponsor of new le…

END_OF_DOCUMENT_TOKEN_TO_BE_REPLACED

On December 30, a bearish ABC reversal pattern was initiated around 1.1235 (Previous Key-zone) just before another bearish movement could take place towards 1.1100 (In the meanwhile, the EURUSD pair was losing much of its bearish momentum).One more bul…

END_OF_DOCUMENT_TOKEN_TO_BE_REPLACED

On February 20, the EUR/USD pair lost 20 basis points and made an unsuccessful attempt to break the 127.2% Fibonacci level. Thus, it is still unclear whether the construction of the proposed wave 3 or C has been completed, or whether it w…

END_OF_DOCUMENT_TOKEN_TO_BE_REPLACED

The euro regained its position slightly against the US dollar, however, the growth was short-lived. After which the bears re-entered the game, gradually pushing the pair to the lows of the year. The growth occurred against the backdrop of mixed indic…

END_OF_DOCUMENT_TOKEN_TO_BE_REPLACED 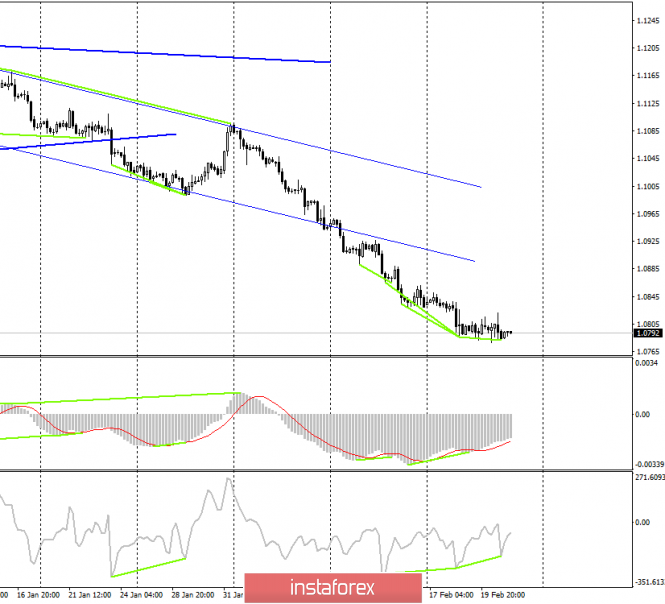 Hello, traders! Graphical analysis on the 4 charts warns of the approaching reversal of the pair in favor of the European currency. In this review, I suggest analyzing the report on Commitments of Traders to understand what is happening now in the market and what sentiments prevail among the major players. 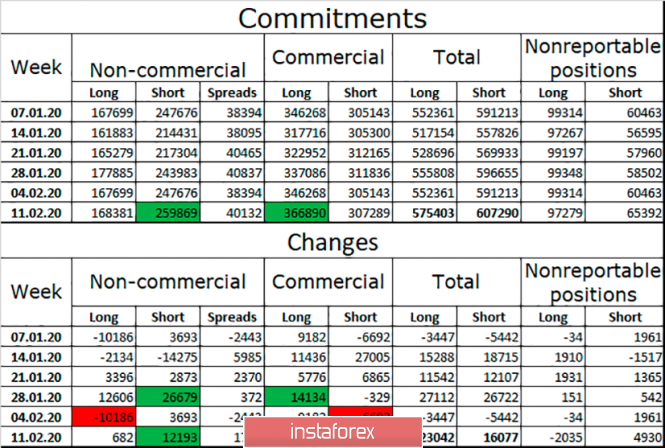 Let’s also pay attention to the upper part of the table. Reflecting the total number of positions for different categories of players. In the last report dated February 11, the non-commercial category was dominated by short positions with a strong margin, while the commercial category was dominated by long positions. However, the total number of long positions was less than short: 575403 contracts against 607290. The gap in comparison with the previous month did not increase much, so the euro continued to fall at the usual pace. A new COT report for February 18 will be released today, which is likely to show a reduction in the total number of short positions.

Non-reportable position – small traders who do not have a significant impact on the price.

END_OF_DOCUMENT_TOKEN_TO_BE_REPLACED

Good afternoon, dear traders! Here’s a graphical analysis of the GBP / USD currency pair speaks in favor of a restrained “bearish” mood. The downward trend range maintains good prospects for the decline of the British quotes; how…