EURUSD is trading above 1.14. Price is now breaking above a long-term downward sloping trend line resistance that connects the 2018 highs and the recent 2020 highs at 1.1450 area. EURUSD has been mostly moving sideways the last few months but now the c…

END_OF_DOCUMENT_TOKEN_TO_BE_REPLACED

EURUSD is trading above 1.14. Price is now breaking above a long-term downward sloping trend line resistance that connects the 2018 highs and the recent 2020 highs at 1.1450 area. EURUSD has been mostly moving sideways the last few months but now the c…

END_OF_DOCUMENT_TOKEN_TO_BE_REPLACED

The EURUSD pair has been trending-up since the pair has initiated the depicted uptrend line on May 14.On June 11, a major resistance level was formed around 1.1400 which prevented further upside movement and forced the pair to have a downside pause tow…

END_OF_DOCUMENT_TOKEN_TO_BE_REPLACED

Minute operational scale (H4)
Second half of July – overview of the movement options for the main precious metals gold, palladium, platinum, and silver on July 15, 2020.____________________
Spot Gold
The development of the Spot Gold movement from July …

END_OF_DOCUMENT_TOKEN_TO_BE_REPLACED

The price of gold on Tuesday went down to some correction. The main reason for the emerging recession is, on the one hand, though not quite solid, is the strengthening of the greenback, and on the other, the uncertainty regarding the epidemiological si…

END_OF_DOCUMENT_TOKEN_TO_BE_REPLACED

Traders speculating on EUR/USD gave an unexpected response to the US inflation data released today. Despite upbeat data, EUR/USD did not hit a new intraday high. On the contrary, the currency pair hit a new one-month low, having tested 1.14. The driving force for the pair today is EUR which is advancing not only versus USD but also in all forex crosses.

The thing is that EU leaders are trying to come to the common denominator ahead of the EU summit slated for this Friday. The key policymakers of the EU are holding talks with the view of reaching the compromise decision which will determine the fate of the €750-billion anti-crisis plan suggested by the European Commission. It was presented in May. Since then, the leaders of the 27 EU countries have been engaged in the painstaking talks to settle the blueprint. To implement this scenario into practice, the Commission needs consent from all member counties. At the same time, some countries teamed up in the so-called Frugal Four alliance. They raise serious objections to some terms of delivering financial aid. 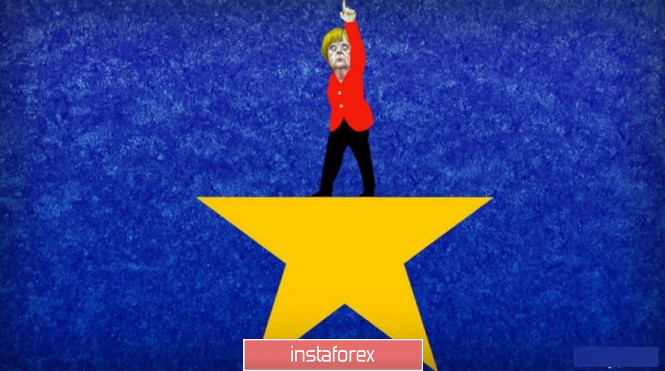 Apparently, rumors on the recovery package are pushing EUR/USD upwards. Yesterday, Angela Merkel voiced doubts about whether the parties would be able to come to a compromise at the summit in July. From her viewpoint, stance of some countries differs from the majority in the EU. So, there is a long way until the package is eventually settled. Those four countries are the Netherlands, Austria, Denmark, and Sweden. They still oppose the EU authorities and the most influential European players like Germany and France. The Frugal Four offered their own plan. As an alternative to gratis bailouts, they suggest single-time loans with a payback period of no longer than two years and on condition of clearly defined fields of spending.

For your reference, the recovery package includes €500 billion as grants to ailing economies and the remaining €250 billion as credits on the terms suggested by the European Commission. The EU lawmakers invite ailing countries to borrow in financial markets. Loans will have to be repaid, but grants are a different matter. They will be also repaid but at the expense of the EU. For this purpose, the EU members will be required to increase alliance fees and trim some expenses. The EU will provide its own funds, including customs charges and the VAT as well as though raising some taxes. Brussels offers repaying interest on the borrowed funds as the first step starting from 2021 until 2027. Later, loans themselves will have to be paid pack for the period of 30 years.

In a nutshell, the agenda of the summit consists of two points only: 1) on what terms the financial will be delivered, 2) the scheme of paybacks. As I said earlier, the Frugal Four countries advocate only for loans but not grants, whereas the European Commission stands for joining these two options in the proportion of 250/500.

The second obstacle is the question of how the budget will be backed. The recovery package will require the member countries to increase their EU fees to the common purse. Such prospects aroused disagreement among EU leaders. The proposal of the European Commission to impose new taxes across the EU sparked controversy. In particular, Eastern European countries headed by Poland oppose the introduction of the common European tax on CO2 emissions. Such revenues are expected to replenish the EU budget. At present, the revenues from the quotas of CO2 emissions are allocated to the national budgets of the EU members. In 2019, their overall amount equaled €14.600 billion. Besides, Brussels proposed to impose other taxes, including plastic and incomes of digital corporations. 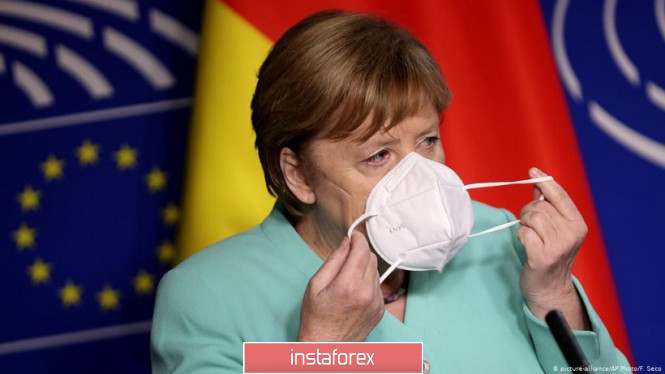 Meanwhile, experts do not dare to predict the outcome of the EU summit in July. Indeed, the participants have sent too controversial signals. Moreover the skeptic tone of Angela Merkel raised doubts. Today, the fundamental background improved notably amid some rumors which haven’t been confirmed. The European media reported that Angela Merkel managed to assure opponents to come to some compromise. Importantly, this information is unofficial, so opening long deals on EUR/USD is highly risky. Ahead of such crucial events, the market is usually flooded with rumors which are not confirmed in the wake of the events. As of now, the anti-crisis package worth €750 billion is at stake. Therefore, if the optimistic rumors do not come true, EUR/USD will tumble in response.

Thus, it would be a good idea to play the waiting game at least until the first comments from the policymakers. I mean Angela Merkel and Emmanuel Macron. If they confirm the progress in the talks, EUR/USD will extend its climb. Only under such conditions, long positions towards 1.1460 will make sense.