In the decline of recent days, the pound has reached the correctional Fibonacci level of 23.6% of the entire complex movement since September 3rd. The pound has slightly increased today in the US session, which showed the intention to adjust the decline from the peak of October 21. Most likely, growth can be half of the decline, that is, to the level of 1.2872. The signal line of the Marlin oscillator in the decline zone, it can remain in this zone during the correction period. 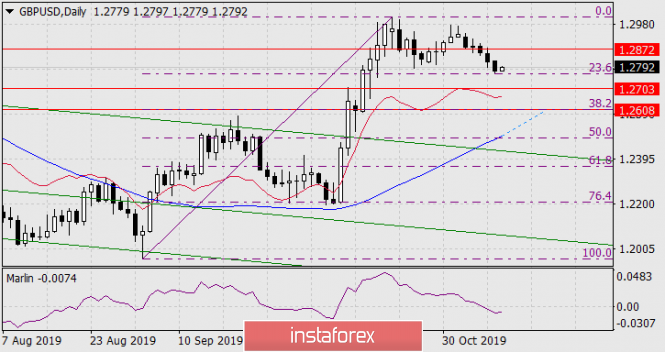 On the four-hour chart, the price is fully preserved in a downward trend – its development occurs under the lines of balance and MACD, Marlin in the decline zone. The generated convergence on the oscillator is very weak. It is very possible that the local correction will not reach the level of 1.2872. The MACD line may meet the price at about this level, but if the correction takes too long, then at lower levels. 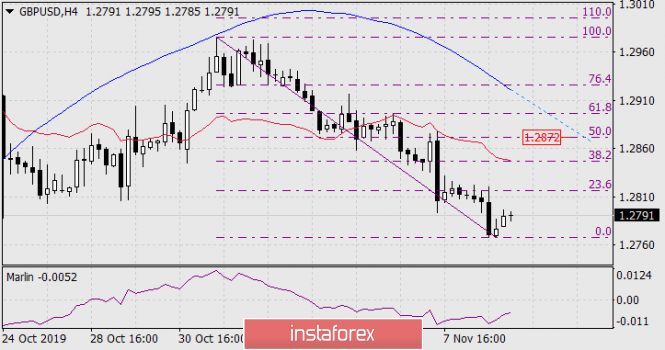 If the price goes below the Friday low, we expect the pound to continue to decline to the nearest target level of 1.2703 (October 11 high), the price drop below it opens the second target of 1.2608-the Fibonacci level of 38.2% on the daily. The MACD line of the daily scale is striving for it.