The Australian dollar was growing by 108 points on Wednesday, but it ended the day by losing 10 points. The price turned around from the correction level of 50.0%, just a few points before reaching it. But since the aussie continued to decline today, the reversal can be considered valid. The Marlin indicator is also moving down. The aim of the reduction is the peak of August 2001 at the price of 0.5395.

The price returns below the MACD line on the four-hour chart, the signal line of the Marlin oscillator is attacking the boundary with the territory of the negative trend. We look forward to further price reductions. 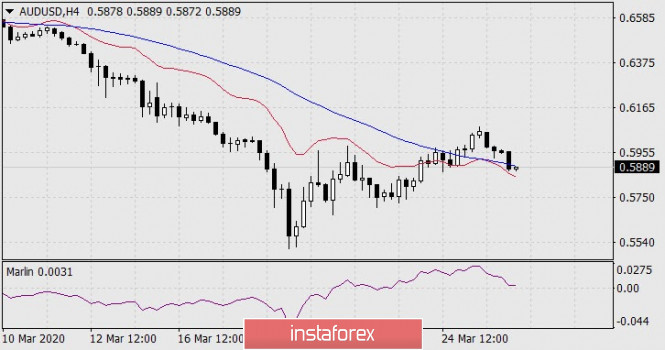