The euro slightly weakened against the US dollar in the morning, however, market volatility remained quite low, as all attention today is shifted to the speech of European Central Bank President Christine Lagarde. If her first appearance in this position was very restrained and did not concern interest rates and monetary policy, today, statements of a different kind are expected. Many analysts expect Lagarde to announce interest rates for next year and announce what changes in monetary policy will await the eurozone in the future. 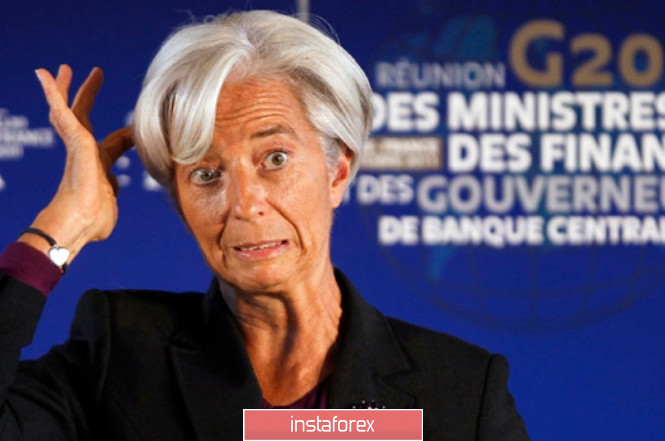 It is expected that the ECB will keep rates unchanged in 2020, but do not exclude the possibility of their decrease by 10 bp In this case, it is a key interest rate, not a deposit rate. Such decisions will be connected directly with what economic growth the euro region will show, as well as at what rate inflation will increase. If it remains unchanged at the level of 1%, then another intervention by the regulator is not ruled out. You should not discount the risk of a recession, which will also lead to a change in the policy of interest rates, as well as a more extensive bond redemption program.

Regarding today’s reports, the eurozone manufacturing sector continues to show a contraction in November this year amid low export volumes and trade wars waged by the United States with China and the eurozone. France alone managed to maintain, albeit low, growth in production activity.

As I noted above, only France was able to cope with the slowdown in the sector. The indicator for the manufacturing sector grew 51.7 points in November against 50.7 points in October and a forecast of 51.6 points. Let me remind you that an indicator above 50 points indicates an increase in activity, and below – its decline.

On the whole, in the eurozone, PMI for the manufacturing sector remained below 50 points and reached only 46.9 points in November compared to 45.9 points in October.

From a technical point of view, the pair did not undergo significant changes, and low volatility did not make it possible to go beyond the side channel of 1.0990-1.1040. If the bears miss the resistance of 1.1040, the demand for the euro may return, which will quickly lead to the renewal of the highs of 1.1060 and 1.1090. If after data on activity in the US manufacturing sector the pressure on the euro returns, a break of 1.1010 will provide a new influx of sellers capable of returning the trading instrument to a low of 1.0990 and updating it around 1.0970.

Buyers of the British pound were also not very pleased with indicators of activity in the UK manufacturing sector, which fell in November this year. However, it should be noted that the decline was not as strong as previously expected. The report indicated that uncertainty with Brexit continues to exert negative pressure, as well as a general slowdown in the global economy. The reduction in inventories of manufacturers and their customers after another Brexit date is also one of the main causes of weakness in the sector. According to IHS Markit and CIPS, the PMI for the UK manufacturing sector was 48.9 points, compared with a preliminary estimate of 48.3 points.

As for the technical picture of the GBPUSD pair, for more confident growth to continue, the bulls need to break through the upper boundary of the downward channel in the region of 1.2940, which will lead to the pound’s growth to a high of 1.2970 and the update of resistance at 1.3015. However, opinion polls will be more important, a reduction in which the advantage of the Conservative Party’s leadership could lead to a powerful sell-off of the British pound with a return to the lows of 1.2830 and 1.2790.

← Fall of the crypto king: bitcoin was in a difficult position
EUR/USD. December 2. Results of the day. Lagarde: ECB is considering launching a digital euro currency →