Just a few days ago – on the last trading day of November – the euro-dollar pair tested the lower boundary of the price range of 1.0970-1.1090 (the boundaries of which correspond to the lower and middle lines of the BB indicator on the daily chart). The bears clearly intended to gain a foothold in the ninth figure in order to finally escape from the swamp of a weeks-long flat. But on Friday, buyers unexpectedly seized the initiative: firstly, many traders on the eve of the weekend and the end of the month took profits, and secondly, the fundamental background for the dollar began to gradually turn into gloomy tones.

And today, in my opinion, what happened was supposed to happen on Friday: the EUR/USD pair came close to the upper boundary of the above price band, updating the one and a half week high. True, today’s price growth took place not due to the strengthening of the European currency (amid an unexpected increase in inflation in the eurozone), but due to the weakening of the US currency, which slumped throughout the market. A direct reason for the decline in the dollar index was Trump’s statement that he returns protective duties on all steel and aluminum from Argentina and Brazil. Before that, he criticized these countries, accusing them of deliberately depreciating their national currencies and thereby increasing their competitiveness. According to US media, this year Brazil ranked second in the list of major steel suppliers to the United States. The share of this Latin American country in total imports reached 17%, and the volume of deliveries reached almost four million tons. As for Argentina, this country accounts for about 0.5% of the total imports of steel products by the United States. 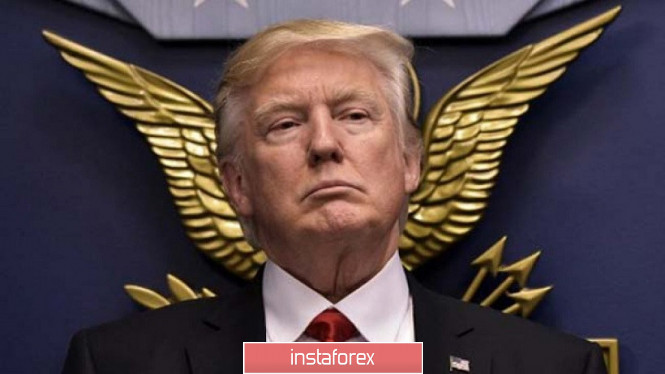 Trump also criticized the Federal Reserve again. And although the market is quite calm about such statements (which are voiced with enviable regularity), this time traders reacted violently to his words. The fact is that recently the president held an unplanned meeting in the White House with the Fed chief. According to the results of the audience, Trump spoke warmly enough about Powell, which was not there for several years. According to him, they even discussed negative interest rates, although the Fed subsequently officially denied this statement. And now, after only a few weeks, the US regulator was again under the yoke of political criticism: the head of the White House cited the Fed “as an example” Latin American countries, which cheapen their currencies, actually using the expensive dollar to their advantage. Against this background, Trump categorically urged the Fed to soften monetary policy.

As I said above, the US president regularly voices criticism of the Fed. But in this case, he connected the tariff wars with the dollar, or more precisely, with the uncertain actions of the US regulator to mitigate the parameters of monetary policy. According to some experts, this fact is an alarming signal: according to them, a trade war in the near future will inevitably be supplemented by military actions in the foreign exchange market. Donald Trump, by and large, is naturally outraged by the Fed policy – after all, the regulator, with its expectant position, is now fueling the growth of the US currency. The strengthening of the dollar partly eliminates the sanction effect of existing duties – both in relation to China and in relation to other countries. The same goes for the euro/dollar pair, which this year updated its two-year low. Further growth of the dollar will only aggravate this situation, causing a corresponding reaction of the White House.

Against the background of Trump’s angry tweets and the introduction of duties on all steel and aluminum from Brazil and Argentina, the US manufacturing index ISM remained in the shadow. Although, on the other hand, this release only added to the negative fundamental picture for the dollar. Instead of the projected growth, the indicator, firstly, remained below the key 50-point mark, and secondly, it entered the red zone, reaching the level of 48.1. For comparison: this indicator reached the level of 59.3 in November last year. Such weak dynamics only increased pressure on the US currency. 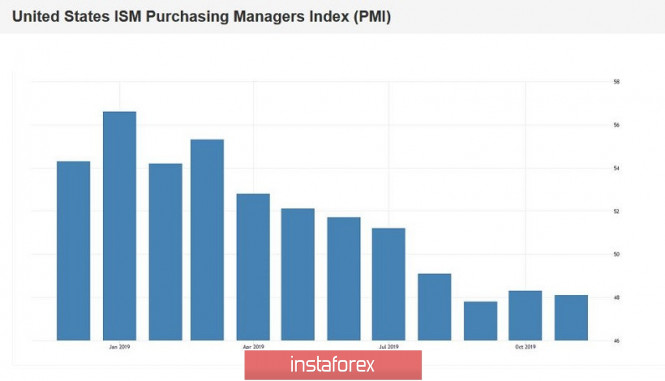 In the shadow of the high-profile events of the US session today, the speech of the ECB President Christine Lagarde, who spoke with deputies of the European Parliament, remained. Although her rhetoric was controversial: she noted the weak growth of the eurozone economy in the third quarter (explaining this by the negative influence of global factors) and recognized the effectiveness of the ECB’s adaptive policy, which, according to her, would remain “for a long time.” On the other hand, she acknowledged the presence of side effects of the super-soft policy of the ECB. Lagarde also pointed to increased consumption in the eurozone, a stronger labor market and higher wages.

Thus, the inconsistent and inarticulate rhetoric of Lagarde remained outside the attention of the market – Trump became the No. 1 newsmaker today. He made it possible for bulls of the EUR/USD pair to seize the initiative and reach the upper limit of the price range of 1.0970-1.1090. However, buyers, as well as bears, could not get out of the specified band. By and large, the pair remained within the flat, although the EUR/USD bulls made a serious bid for victory today. If buyers can still overcome the 1.1090 barrier, then the next level of resistance will be the 1.1140 mark – this is the Kijun-sen line on the weekly chart.

← GBP/USD. December 2. Results of the day. Trump declares trade wars to Argentina and Brazil. Who is next?
Fractal analysis of major currency pairs for December 3 →