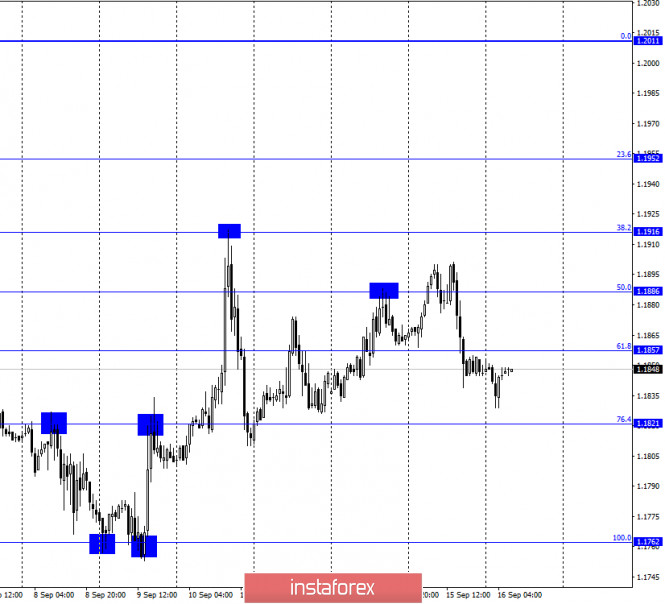 On September 15, the EUR/USD pair performed a reversal in favor of the US currency and began the process of falling. As a result, the pair’s quotes secured under the Fibo level of 61.8% (1.1857), which allows traders to expect a further fall in the direction of the corrective level of 76.4% (1.1821). At the same time, on the 4-hour chart, the pair continues to trade above the ascending trend line, so the mood of traders is still characterized as “bullish”. The last important message from the Fed was about changing the approach to inflation targeting. If previously the goal was always 2%, which was rarely achieved, now the Fed is going to track “average inflation”, that is, inflation not for 1 month, but probably for several months or even six months. Also, traders are clearly interested in the question of whether this approach will have the opposite effect and whether inflation will significantly exceed the target level in the future. Moreover, many traders fear a sharp increase in the money supply and government debt in 2020. Thus, the Fed will have to explain many of these points today, as well as comment on the current state of the economy, the pace of its recovery, and give updated forecasts for key indicators such as inflation, unemployment, and GDP for 2020-2021. 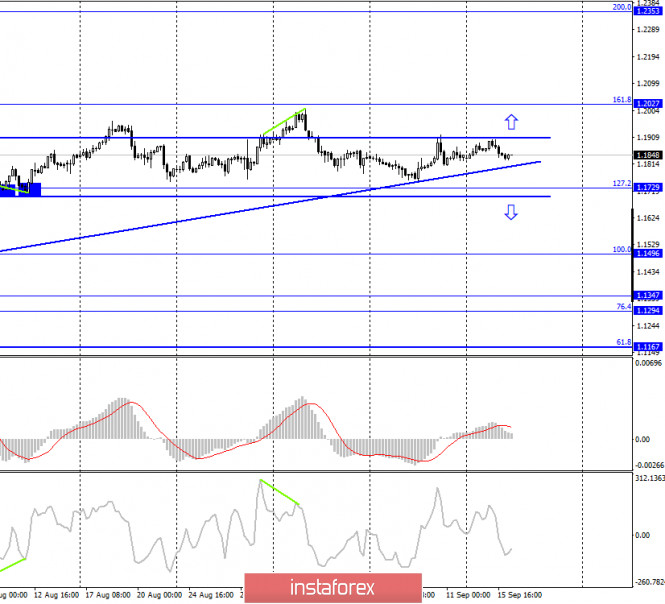 On the 4-hour chart, the EUR/USD pair quotes returned to the upper border of the sideways trend corridor, however, it again failed to close above it. However, the upward trend line does not let the pair go down. Thus, trading is currently between 1.1800 and 1.1900, and traders need to get out of this new corridor urgently in order to count on the trend. Closing the pair’s rate under the trend line will work in favor of the US currency and continue falling in the direction of the corrective level of 127.2% (1.1729). 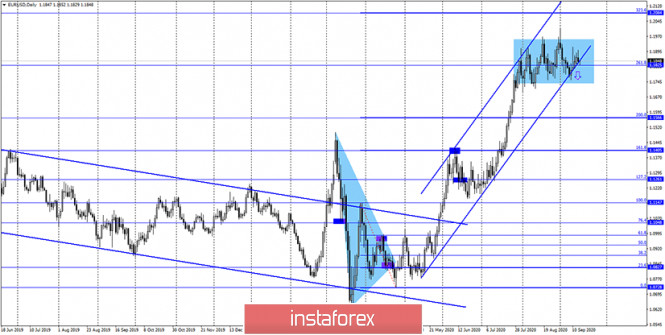 On the daily chart, the quotes of the EUR/USD pair performed another reversal in favor of the EU currency and fixed above the corrective level of 261.8% (1.1825), which does not mean much. For ease of understanding, I have highlighted the movement of the last few weeks with a blue rectangle. This movement is now characterized as a flat. Nevertheless, the pair remains inside the ascending corridor, which means that the growth of the euro can still be continued. 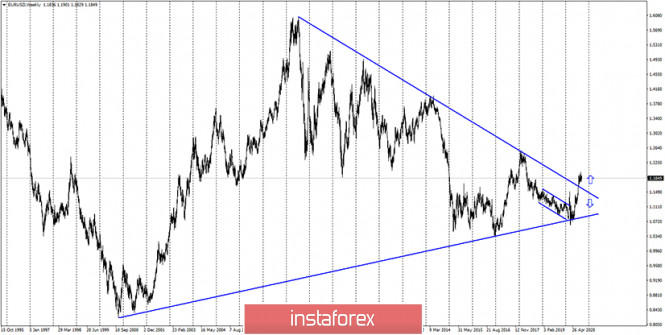 On the weekly chart, the EUR/USD pair has consolidated above the “narrowing triangle”, which now allows us to count on further growth of the euro currency, which may be strong, but in the long term.

On September 15, the European Union released an index of business sentiment, which significantly exceeded traders’ expectations (73.9 vs. 62.8). There was also a report on changes in industrial production in the United States, which, on the contrary, was worse than traders’ expectations (0.4% vs. 1.0%). Both reports did not affect the course of trading.

The news calendar for the United States and the European Union:

On September 16, the calendar of economic events in the European Union is empty, however, in America today – a large number of important events. 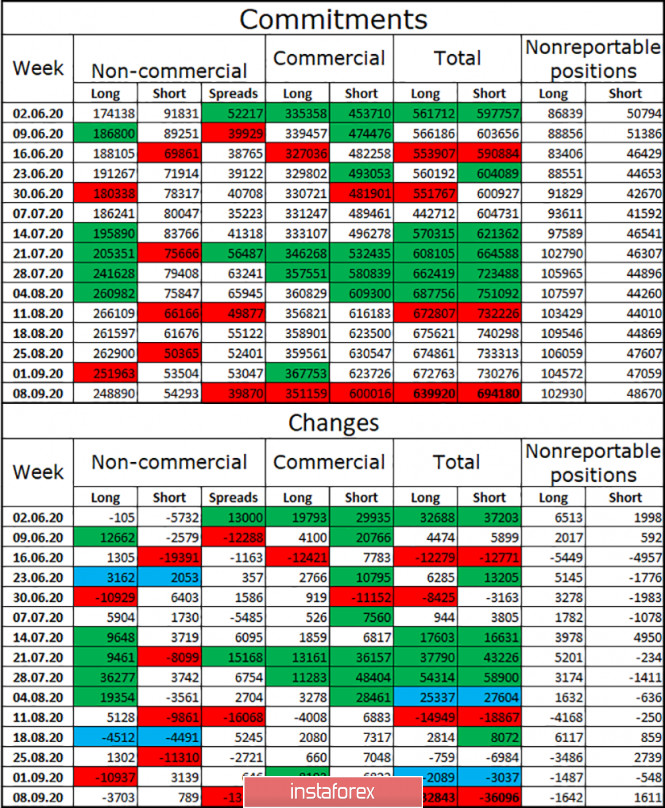 The latest COT report was very interesting. According to the results of the previous report, major traders of the “Non-commercial” group closed about 11 thousand long contracts. The latest COT report showed a reduction of another 3.7 thousand purchase contracts. At the same time, speculators increased their sales contracts. Thus, the last two COT reports show that the mood of the most important group of traders (speculators) is beginning to change in the direction of “bearish”. The Commercial group was actively getting rid of both long contracts and short contracts, closing almost 40,000 in total. All major players in the foreign exchange market got rid of 69 thousand contracts during the reporting week. Thus, I can conclude that the trend is beginning to change and major players are starting to look closely at purchases of the US dollar.

Forecast for EUR/USD and recommendations for traders:

“Non-reportable positions” – small traders who do not have a significant impact on the price.