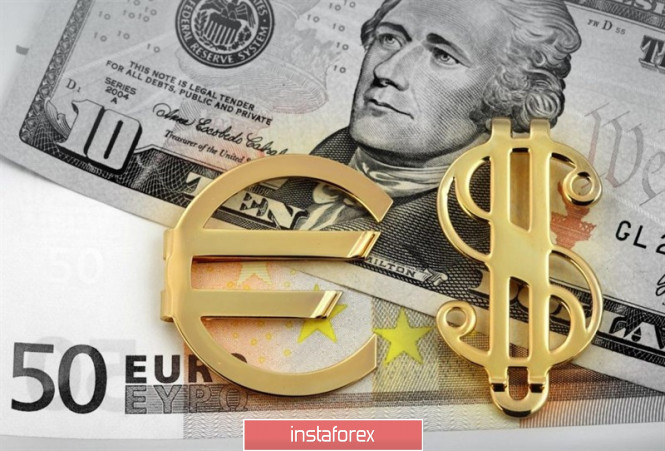 It would seem that the scenario of “trampling the EUR/USD scenario in place for four days, followed by a drop in quotes on Friday, is about to come true, however, the 1.1000 mark still stood. The attempt of the bears to end the final, as well as the previous, week of November with a blitzkrieg failed. Their jerk at the end of the week to the level of 1.0980 was unsuccessful, and EUR/USD soon returned to where it started the five-day period – to the area of 1.1015–1.1020.

The US economy looks much better than the European one; treasury rates are significantly higher than their German counterparts. The Federal Reserve does not intend to soften monetary policy, and uncertainty surrounding trade disputes remains. In such conditions, the greenback should confidently strengthen, but the 1.1000 mark for EUR/USD is enraptured.

US GDP growth slowed to 2.1% in the third quarter from 3.1% recorded at the beginning of the year. If the trend continues, and the European economy begins to recover amid the end of the Washington and Beijing trade war, then the divergence in the economic growth of the eurozone and the US will no longer support the greenback. In addition, US President Donald Trump is unhappy with an overly strengthened greenback. It is expected that his criticism on the Fed will only increase. Therefore, it cannot be argued that the arrow will not hit the target and the Fed will not lower the interest rate. At the beginning of this year, Jerome Powell and his colleagues also spoke about their unwillingness to change monetary policy, but then weakened it three times.

I would like to hope that with the onset of winter, the bears and the bulls will not go into hibernation, especially since we will have a number of quite important events that could affect the EUR/USD rate in the coming days. These are a speech by ECB President Christine Lagarde, the release of data on business activity in the US from ISM, as well as releases on eurozone GDP and the US labor market.

← Yen sees the bottom
Fall of the crypto king: bitcoin was in a difficult position →