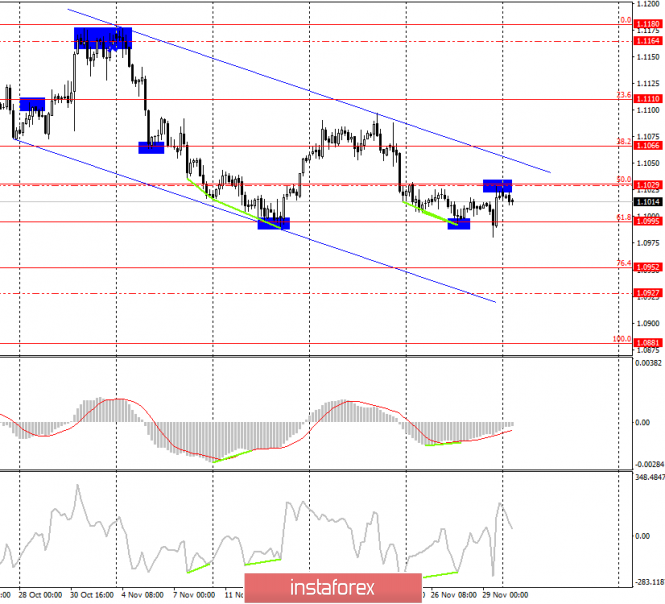 Although the euro continues to trade very boring and weak, and traders almost do not show their interest in economic reports or other information that is potentially very important and interesting, I still cannot pass by those that can and will have a serious impact on the EUR/USD pair. They will have an impact on the pair for one simple reason. The consequences of the trade conflict are reflected not only in the economies of China and the United States but also in the economies of the whole world. Consequently, the impact is on each country that conducts foreign trade activities. What happened?

Let me remind you that Donald Trump recently introduced the law on “protection of human rights in Hong Kong”, in other words, supporting the protesting residents against the new legislation of Beijing, which provides for the possibility of extradition of any resident of Hong Kong. Beijing warned that retaliation would follow if the law was signed by Trump, and kept its promise. These measures do not concern the US country, not individuals of its government, but the human rights organization Human Rights Watch, which is not yet a government organization. I think this is a very weak response of the Chinese government to “direct interference in the internal affairs of China.” However, this is not all. It is also reported that the Chinese government has suspended consideration of applications for US ships to call in Hong Kong. It sounds quite formidable, but for how long has the application been suspended? What does that mean? US ships will not be able to access the port? Then it is already very serious sanctions against Washington and the White House, in turn, can limit the access of Chinese ships to American ports. It is not yet clear. But relations between Beijing and Washington are complicated. The difficulties are just at the moment when the first phase of the deal was to be signed between the countries, which was to be the beginning of the completion of trade disputes. However, earlier I said that the parties cannot agree on some key issues, and now these issues have been joined by the desire of China to completely remove all duties as part of the signing of the deal, which Trump does not want and will not allow. Also, on December 15, the process of further negotiations may become even more complicated, as the US President may impose additional duties for another $160 billion. At any moment, Trump can claim that Beijing is “not fulfilling its obligations” and ” delaying time.”

Forecast for EUR/USD and trading recommendations:

On December 2, traders resumed the process of falling. The demand for the euro remains extremely low, for the US dollar – slightly higher, the overall activity of traders – low. Therefore, I recommend selling the pair again, as there was a rebound from the correction level of 50.0% to the Fibo level of 61.8% (1.0995).

← GBP/USD. December 2. The tragedy in London strengthens the position of the conservatives.
EUR/USD: plan for the US session on December 2. Weak manufacturing sector weighs on euro →