The currency market continues to be dominated by anti-risk sentiment. The news background is getting darker every day, putting pressure on both the euro and other high-yield currencies. The fundamental picture really leaves much to be desired: only in the last day, it became known that the Brexit talks finally failed, China is ready to withdraw from the negotiation process with the United States, and Italian politicians intend to violate the EU budget rules. And this is only the basic, most high-profile rumors that determine investor sentiment. Macroeconomic reports, whatever they were – with a plus or minus sign – faded into the background and actually lost their influence on the dynamics of trading. The financial world is frozen in anticipation of global changes and important decisions – and these decisions are primarily political in nature. 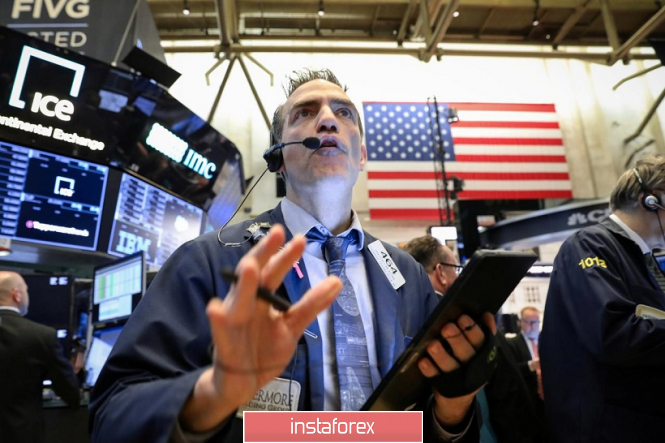 Even during the Asian session, the market was stirred up by the news that China may withdraw from the negotiation process with Washington. Although this information is not official, it was circulated in the state media of China. According to journalists, the Chinese side “does not see sincere intentions” of the Americans to find a compromise and conclude a mutually beneficial deal. Instead, the White House, according to representatives of the PRC, professes a policy of trade protectionism that prevents negotiations. Most likely, we are talking about Huawei, for which Trump announced a state of emergency in the country in the field of information and communication infrastructure. This allowed the US Department of Commerce to blacklist Huawei and 70 associated companies from using US components and technology. It is worth noting that this company is one of the world’s largest suppliers of telecommunications equipment so Beijing could not ignore Trump’s actions.

There is another version explaining the demarche of the Chinese side. According to some experts, Xi Jinping decided to take a wait-and-see position against the backdrop of the upcoming US presidential elections, which are only a year and a half away. It is worth noting that before Trump was almost an absolute favorite of the presidential campaign in 2020 – until the election scene came Joe Biden. The representative of the Democrats ahead of schedule won the primaries (he is much ahead of the nearest rivals), so now he focused only on one political “target”, unleashing a flurry of criticism on the incumbent President.

This tactic is already bearing fruit: according to the first survey, which was conducted by the influential American publication The Hill, former US Vice President Joe Biden is 6 points ahead of Donald Trump in the ranking of presidential candidates. So, 43% said they would choose Biden, and 37% said they would prefer Trump. This electoral advantage is rather indicative: the incumbent President has a real rival, who even at the start is ahead of him in terms of points. By the way, The Hill is considered a publication, “favor” relating to the Republicans.

Given this disposition, the Chinese can continue to take a defensive position in the hope that the White House will change its owners next fall. Trump has already warned China against such intentions, hinting at the aggravation of their position during his (possible) second term – but Beijing’s actions indicate that the Chinese are not ready to conclude a deliberately losing party for themselves. In this context, the G20 will be a significant event. A meeting of the leaders of the United States and China can take place on the “fields” of the G-20 summit, which will be held in late June – at least, the head of the White House National Economic Council Larry Kudlow did not rule out this possibility. If the de facto parties for any reason avoid in-person dialogue, the prospects for trade negotiations will indeed be in big question. 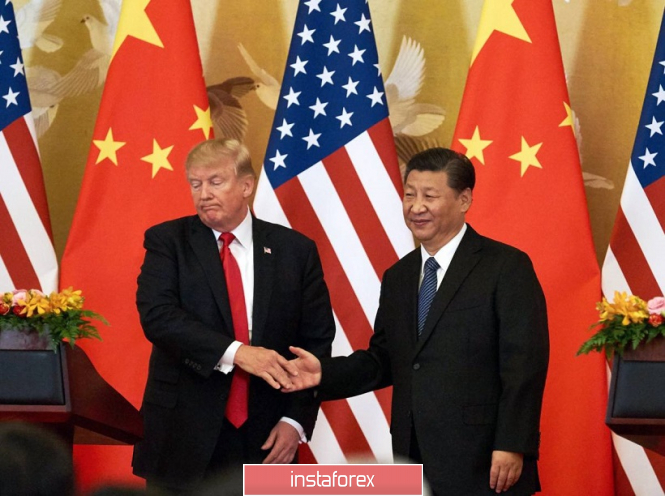 Brexit also exerts pressure on the euro: today, it became known that the negotiations between the May government and the Labor Party finally failed. The parties put an end to the month-and-a-half dialogue and returned to mutual accusations of a political nature. Theresa May expressed confidence that the Conservative Party will be able to bring the Brexit process to its logical conclusion, while the Labor Party said that the current composition of the Cabinet of Ministers is similar to Titanic in the last moments before the collision with the iceberg. In other words, the situation with Brexit returned to zero, bringing down the pound and pulling the euro.

The rhetoric of Italian politicians also puts pressure on the single currency. Just today, Italian Deputy Prime Minister Salvini said that the Italian government “wants to change the EU banking rules.” He also noted that, in his opinion, such a structure as the European Union was created exclusively to defend German interests, including economic ones. But in this case, I would not jump to conclusions about the prospects of the conflict between Rome and Brussels: it is likely that after the elections to the European Parliament, the position of Italian politicians will significantly soften.

Despite this negative array, the bears of the EUR/USD pair failed to overcome the key support level of 1.1130 (the lower line of the Bollinger Bands indicator on the daily chart) to enter the 10th figure. To help the bulls of the pair came, oddly enough, Trump, who decided to postpone for up to 6 months the decision to impose duties on imports of European cars and spare parts. Now, this information has acquired the shape of the official notification of the White House, and this fact helped buyers of EUR/USD to return to the mark of 1.1180. Nevertheless, the fundamental background for the pair still remains negative, so the bears retain the potential for a further decline to the above support level.

← Who seeks to take the place of May?
May 17, 2019 : EUR/USD Intraday technical analysis and trade recommendations. →