The euro/dollar pair today updated the next price highs on the background of rising European inflation and the general weakness of the US currency. On the wave of such optimism, traders tested even the 19th figure, impulsively overcoming price barriers. But they were unable to gain a foothold in this price area, apparently “scared” of such a height. The pair was last around the 19th price level in May 2018, more than two years ago. Therefore, as soon as buyers of EUR/USD touched the resistance level, there was an almost 100-point price pullback. The stakes are quite high: fixing in the area of the 19th figure will open the way to the 20th figures, that is, to the highs of 2017-2018 (then the euro/dollar pair was able to reach 1.25 – unprecedented heights since 2015). That is why it will be more and more difficult for EUR/USD bulls now, given the 20th figure that has appeared on the horizon. The closer the pair gets to it, the more actively it will be sold, fearing mass profit-taking. 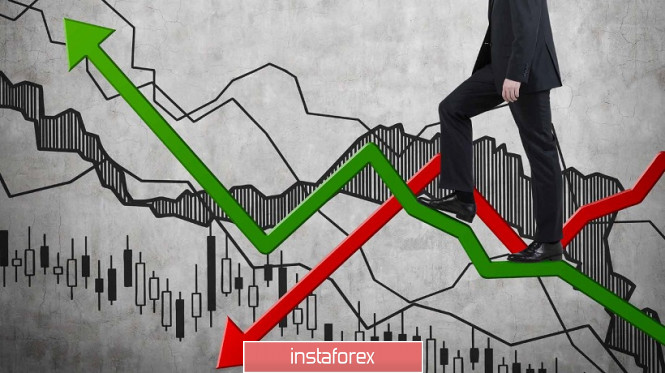 Let me remind you that the dollar was “broken” by three main factors: the Fed’s pessimism, the coronavirus, and the record fall of the American economy. Against the background of such a fundamental picture, the dollar index updated two-year lows, reflecting the weakening across the market. The euro/dollar pair, in turn, gained a foothold within the 18th figure yesterday, but could not overcome the resistance level of 1.1850.

Today, European statistics came to the aid of buyers of the pair. However, it is also not so clear, but in the first half of the day on Friday, the market focused only on the positive aspects of statistical reporting. First of all, we are talking about European inflation, which was in the “green zone”, that is, better than forecasts. The most important indicator for the ECB – the consumer price index – has been gradually declining since the beginning of the year (that is, even before the “coronavirus crisis”): if in January the overall CPI was at 1.4%, in May, it fell to a multi-year low: 0.1%. However, the June figures reflected a slight increase (+0.3%), and today we saw its continuation: in July, the indicator came out at 0.4%. The core inflation index (that is, excluding volatile energy and food prices) showed a more significant increase: after the June decline to an annual minimum of 0.8%, the indicator jumped to 1.2%, that is, to the “pre-crisis” level. Immediately after the release, the euro/dollar pair tested the 19th figure but almost immediately retreated. 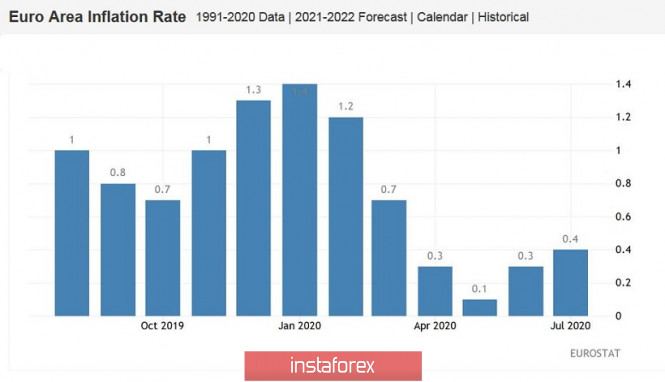 The fact is that other data were published today, which reflect a less rosy picture. We are talking about the dynamics of the growth of the European economy in the second quarter. Yesterday, a similar indicator of the US updated the anti-record, and today Europe “took over the baton”. The volume of European GDP decreased by 12% quarterly and by 15% on an annual basis. This is the biggest drop in 25 years – that is since such statistics have been kept. The economy of Spain suffered the most: their GDP collapsed immediately by 18.5%. In second and third places, respectively, Portugal and France, with -14.1% and -13.8%. The best indicator was Lithuania – where the economy shrank by only 5.1%. 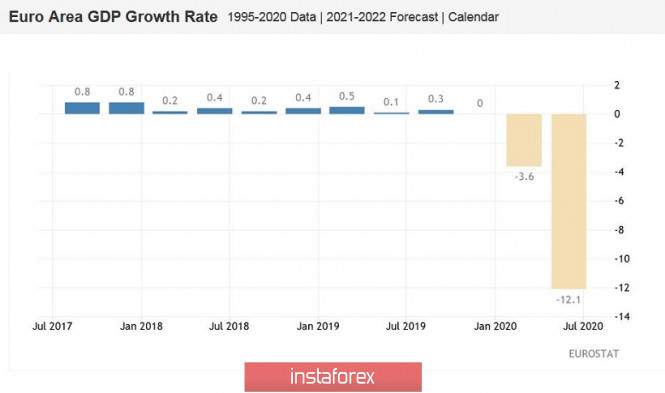 Experts expected to see these figures slightly higher, so the European currency was still under pressure, despite the increase in inflation. Also, the so-called “Friday factor” played a role: many traders do not risk leaving orders for the weekend and fix profits. The mass nature of such decisions led to the fact that the euro/dollar pair declined to the base of the 18th figure.

Thus, taking into account the current circumstances, we can conclude that the euro/dollar pair has reached its local peak today (i.e., the 1.1909 marks). After an unsuccessful assault on the 19th figure, many traders decided to pause until Monday, thereby exerting some pressure on the pair. But the technical side of the issue is still on the side of buyers: on all “senior” timeframes (from H4 and above), the pair is either on the upper or between the middle and upper lines of the Bollinger Bands indicator. Also, on the daily and weekly charts, the Ichimoku indicator has formed one of its strongest bullish signals, the “Line Parade”. All this suggests that next week buyers can make a second attempt to storm the 19th figure. But it is advisable to make trading decisions on Monday since the fundamental picture for the euro/dollar pair is changing at a kaleidoscopic speed and it is not recommended to leave open positions for the weekend.

← Comprehensive analysis of movement options for #USDX vs EUR/USD &amp; GBP/USD &amp; USD/JPY (Daily) on August 2020
USDJPY bounces towards our short-term target of 105.75 →