On Thursday, the euro remained under pressure, continuing its fall against the US dollar. It fell to its lowest level since May 2017, and fell significantly against the British pound, reaching an 8-week low. At the same time, problems related to the weakness of the German economy, as well as the spread of the coronavirus, continue to affect risky assets, which can not be said about the British pound, which significantly strengthened its position against the US dollar yesterday . 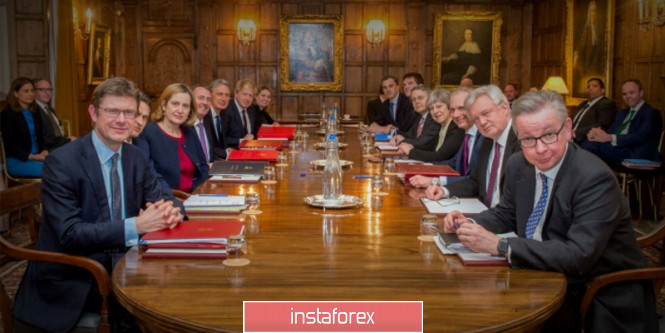 The sharp increase in the pound occurred after the news that the UK Finance Minister Sajid Javid is leaving his post, primarily due to the fact that Sajid was against Brexit, and firmly stated that UK will not be able to achieve a trade agreement with EU before the end of this year. Now, the post will be taken by Rishi Sunak, the Secretary of the Ministry of Finance, and a former Goldman Sachs employee. Sunak is a loyal supporter of Brexit. Moreover, the new Finance Minister will most likely stimulate the economy by increasing spending in the expected draft budget, where other measures of fiscal stimulus are not excluded.

Meanwhile, the data released yesterday about the state of the American economy once again confirms the fact that US inflation is above the targeted value. Although this does not suit the Federal Reserve system, the labor market remains in perfect order.

Yesterday’s report from the US Department of Labor indicates that the number of initial applications for unemployment benefits for the week of February 2 to February 8 increased by 2,000, and pleased to 205,000. Economists had expected this number to be 210,000. The data for the week of January 26 to February 1 was revised up to 203,000. On the other hand, the number of secondary applications fell by 61,000, and settled to 1.698 million.

Returning to the topic of inflation, it is worth noting that consumer prices in the United States rose in January, but it was less significant than what economists had expected. According to the US Department of Labor, the consumer price index rose by 0.1% in January this year, as compared to the previous month. Comparing it to the same period in 2019, the prices rose by 2.5%, which is significantly higher than the Fed’s inflation target of about 2.0%. Economists had forecasted the monthly price increase to be 0.2%, and an annual price growth of 2.5% in January.

Let me remind you that the Fed has repeatedly raised the issue of revising the average inflation rate upwards. Representatives of the Committee stated that this should only be done within the current state of the economy. Thus, it is worth noting that the slowdown in inflation is only due to a sharp drop in energy prices, as oil responded to the coronavirus outbreak in China. As for the basic indicator, which does not take into account volatile categories including energy, inflation increased by 0.2% compared to December, and increased by 2.3% compared to January 2019. Economists had expected a growth of 0.2% and 2.5%, respectively.

During his speech, Fed representative Jones Williams said that the US economy is in very good condition. However, the Fed may well consider applying measures typical of the crisis period, as the reduction of interest rates in 2019 led to further growth of the US economy and a good situation in the labor market

In his opinion, the rejection of the LIBOR rate is the main challenge for the financial sector, since in the absence of intervention from the Fed, market interest rates would be subject to volatility. Moreover, like his colleagues, Williams also expects annual inflation to return to around 2.0% this year.

Today, you need to pay attention to the data on German GDP, which, according to economists’ forecasts, grew by only 0.1% in the 4th quarter as compared to the previous quarter, and grew by 0.4% compared to the 4th quarter of 2019. However, recent data on new orders in industry and industrial production increase the likelihood of a reduction in economic growth, as well as its return to a technical recession, or at least to a stagnation. Let me remind you that in the 3rd quarter, German GDP grew by only 0.1% compared to the 2nd quarter.

As for the technical picture of the EUR/USD pair, the prospects are not very bright yet. Demand for the US dollar remains quite high, and buyers of risky assets continue to stay away from the market, against the background of weak macroeconomic statistics for the Eurozone. Only the return of the bulls to the 1.0840 level will lead to the recovery of risky assets in the area of the high at 1.0870, and, quite possibly, to the update of the 1.0900 level. If the pressure on the euro persists after the reports on the Eurozone, the next lows will be found in the area of 1.0800, or even lower, near the level of 1.0770. A break in these ranges will open a direct path to the psychological level of 1.0500.