Its been three weeks since the Bitcoin halving, and thus, it is only necessary that we clear and sort out what has changed and what is worth paying attention to.

On May 11, 2020, a new stage in the complication of digital gold mining took place, where market participants were able to prepare for a significant event and that is buying out BTC a few weeks before the halving. As a result, the quotes once again met a well-known level of interaction between the trading forces of $ 10,000, where there was a systematic slowdown, thereby even before the halving, traders recorded profits from long positions. The subsequent process had a peculiar accumulation of trading volumes, where the quotes worked out a new range within the range of $ 8500 / $ 10,000.

Should the existing slowdown be considered as a platform for future BTC growth? Why not, if there are reasons for this. Market participants, as well as major players, consider the new round of Bitcoin’s life as a full-fledged exchange tool, and if we refer to JP Morgan’s research, the intrinsic value of bitcoin coincides with its market price. That is, the fundamentally justified value of BTC has recently begun to correspond to the market price of the cryptocurrency, this can be considered a good signal for investors.

Returning back to the price range of $ 8500 / $ 10,000, you can see that the hype has subsided, but there is no accumulation, and stop orders [StopLoss] $ 8300 / $ 10 500 are concentrated outside the borders. Thus, a breakdown of one or another border will lead to a cascading model, where the activity of market participants will increase significantly.

It is worth considering that the location of stop orders is available on both sides of the range, but still the specified movement has an upward slope, and the combination of external factors indicates the prevailing interest from buyers.

Of the recent insider rumors, Goldman Sachs tried to manipulate the opinions of market participants in order to weaken the BTC rate for its subsequent acquisition, but the crypto community in the face of large and influential participants, such as the Winklevoss twins, rebuffed the double standards of the imposing party. 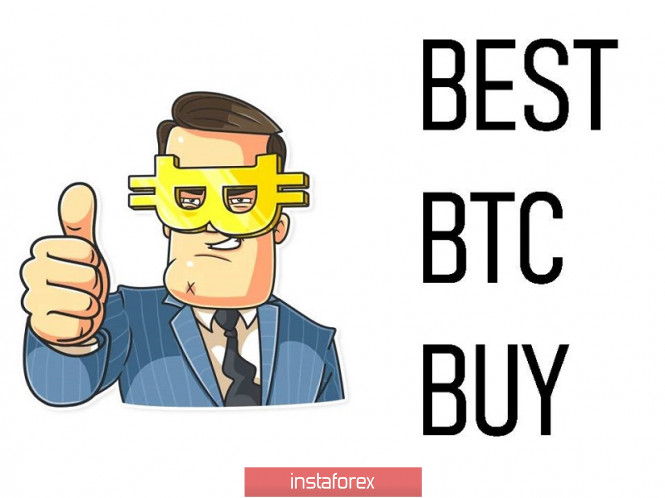 For the first time since February of this year, the quotes managed to reach $ 10,428, thereby bringing it closer to the $ 10,500 stop loss area, where shorts are sitting in shock, walking along the knife’s edge in the current situation. It can be assumed that updating local highs is one of the signals indicating the intention of market participants in a further upward move. Do not rush into action if, of course, you didn’t enter the market on our recommendation for another breakdown of the stagnation of $ 6500 / $ 7500, but even if you are sitting in profit and thinking about topping up, then wait until the price has passed the mark of $ 10,500.

If our theories are correct, then we can see the real crypto spring, where a phased ascent will bring the BTC quotes to the local maximum of 2019 – $ 13,868, which, perhaps, will not become the limit. 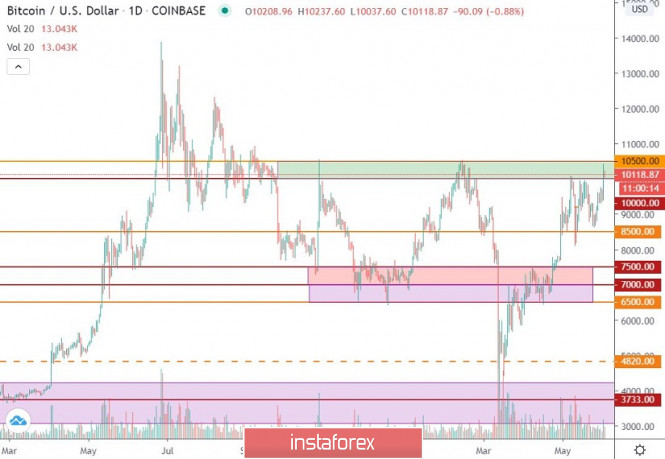 The general background of the cryptocurrency market

Analyzing the total market capitalization, we can see a good upward trend in trading volumes, where the Total market is currently $ 284 billion, which is $ 40 billion more than three weeks earlier.

If we consider the volume chart in general terms, then it is clear that the breakdown of February of this year at $ 304 billion will lead to further growth towards the 2019 high of $ 362 billion. 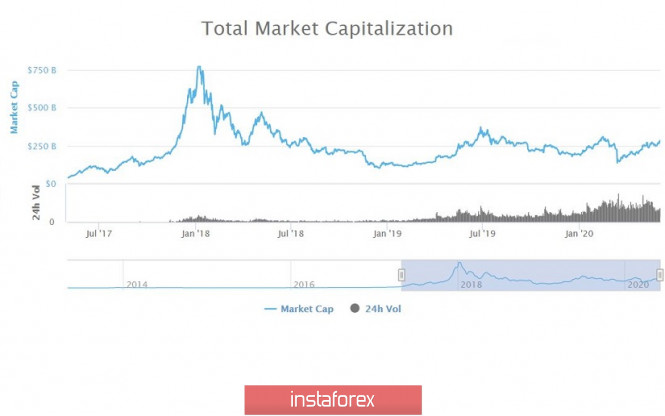 The emotion index (aka fear and euphoria) of the cryptocurrency market has recently grown substantially to level 56, which is considered a signal of growth in the activity of market participants. Let me remind you that three weeks earlier , the index indicator was 41. 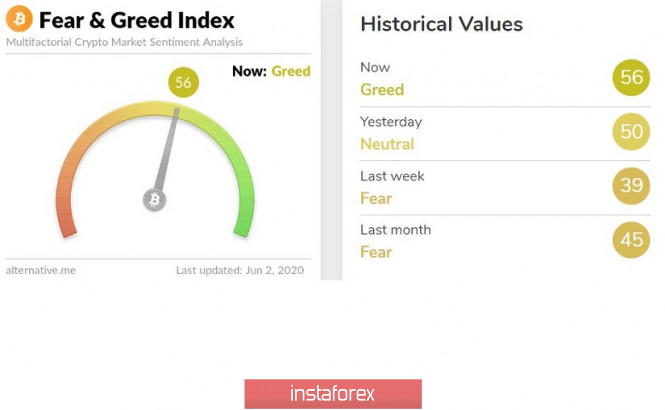 Analyzing a different sector of timeframes (TF), it can be seen that there is a buy signal relative to the main time periods, but it is worth taking into account that factor until the level of $ 10,500 is broken, the indicators will be affected by the sideways movement. 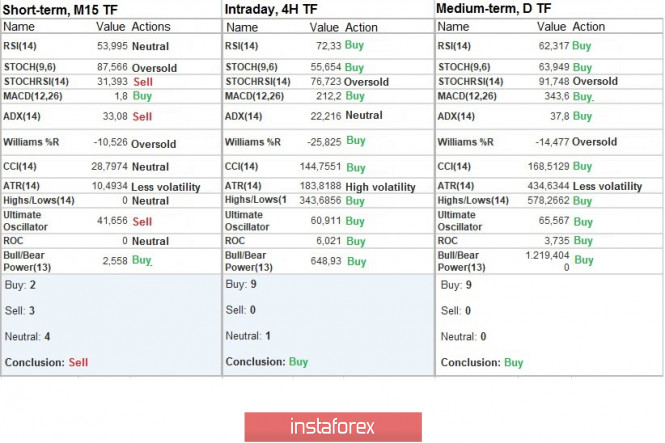